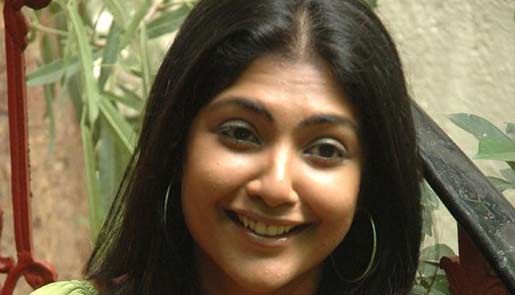 Actress Kamalinee Mukherjee says working in the forthcoming Telugu family drama "Govindudu Andarivadele" was like being part of an extended family because she spent over eight months with the film's crew.

"It was a really good shoot. It was probably the longest shoot of my career, spread over eight months. It was so much fun because I felt like I was part of an extended family. It was such a big set-up because there were so many characters and we all met on a daily basis," Kamalinee told IANS.

Krishna Vamsi-directed "Govindudu Andarivadele", which is releasing Wednesday in cinemas, features Ram Charan and Kajal Agarwal in the lead roles.

"We all bonded like we were part of one big family. Vamsi spent a lot of time working on each of our characters. It must have been challenging but he pulled it off quite well," she said.

Contrary to the urban roles she's played mostly so far in her career, Kamalinee says she found it challenging to play her character Chitra, a rural girl, in the film.

"Chitra is unlike the urban educated characters I've played. She's more naive, quite raw and yet there's something sweet about her. These things about my character really pushed to take up the role. Thanks to KV, who helped me understand the nuances of my character so well," she said.

"Govindudu Andarivadele" is a very important film in filmmaker Krishna Vamsi's career as he's desperate for a hit after back-to-back duds.

"If I think about these things, I wouldn't have done most of my films or worked with first-time directors. I have worked with actors who haven't had a hit in ages. People need to understand that Vamsi's films didn't do well for certain reasons but they were not," she said.

"He understands family backdrop, human emotions and psychology far better than anybody. So there's absolutely no second guessing about his merit. I was more scared about whether I will live up to the expectations of his character Chitra," she added.

While Kamalinee is looking forward to work in a song in an upcoming Malayalam film, she also has a yet-untitled Telugu thriller with a first-time director.