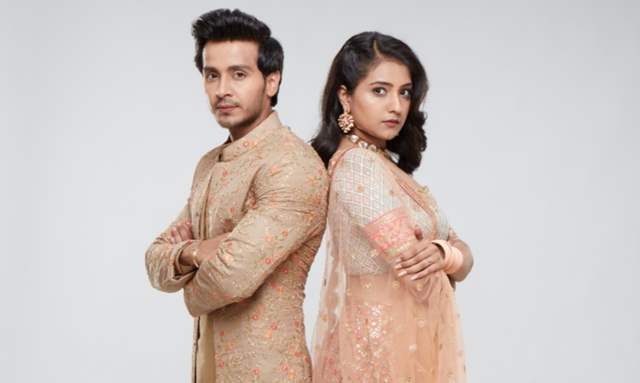 Ishq Par Zor Nahi is the story of Ahaan Malhotra, a young and dashing entrepreneur while Ishqi, is the absolute opposite of him and believes in working hard, is vibrant, and lives a humble life. Param Singh takes the role of Ahaan while playing the role of Ishqi is Akshita Mudgal. The show is produced by Four Lions Private Limited and went on ar last night.

While Ishqi is free-spirited, Ahaan is rather stubborn about what he feels, and so, that is where they come together, much like opposites attract holds true for every life story ever.

The first episode sees glimpses of what they stand for and how they both constantly feel that they are right in their own plight. A scene that seems to have left everyone in splits is how they first meet and well, what also follows are a series of instances that kind of make no sense, yet, they are humourous.

The show is a fair attempt at bringing alive stories that we have heard earlier, but with a sense of liveliness. While a lot of the show has to do with how the actors put together a performance that seems entertaining, but parts of it also seem done and dusted. Nonetheless, giving the show the benefit of doubt, if steered towards the right direction, it can manage to become a good one!

As for the performances, we haven't seen a lot of other characters, but Param is doing what he does the best. This character of his also reminds us briefly about his role in Sadda Haq and fans might love being able to relive that vibe from time to time. As for Akshita, she seems to be trying a little too hard, but at the end of it all, it makes sense for that is what her character stands for. Though there seem many loose points right now, the show has the potential to be able to do better as time passes by.