Proved his dancing prowess on Nach Baliye 3, polished his skills as an anchor on the game show Kaho Na Yaar Hai, captured the hearts of millions of girls as the rock star Robbie Sabarwal of Kasturi, he’s done it all. Yes folks, we are talking about none other than television’s own heartthrob Karan Patel. Telly Buzz caught up with the actor to get to know what’s happening in his current TV show as well as his plans for the future. 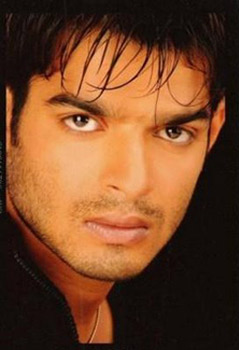 Featured Video
Kasturi’s lovers, Robbie and Kasturi, have seen their fair share of vicissitudes. From the very start of the show, the audience has been very curious to know if the two will ever get together. When we asked Karan the same, he appeared as clueless as us saying, “The two of us, that is Robbie and Kasturi will unite sometime in the future. When, I really cannot say, as the track right now is revolving around Raunak. He has a conspiracy planned against us and Kasturi is trying to unearth the same. So, everyone will just have to wait and watch to know what will happen in the future.” And, how does it feel to share screen space with an actor of Sudha Chandran’s caliber? Karan says, “It feels great. It’s a privilege for me to share screen space with such a personality. I feel she is an amazing actor and very talented.”

Like we said, he has done it all, but what does the dashing actor prefer doing the most, hosting, dancing or acting? To which Karan laughs and replies, “I like to do all three. All the three genres are different in their own respect so I really cannot make a choice. Frankly, I love to multi task.” So what does the future hold for Karan, or Robbie the Rockstar as we lovingly call him? “You never know”, quips Karan, “I am planning making it big in bollywood. But I am open to taking up new shows too, be it daily soaps or reality shows, whatever comes my way.”

14 years ago hes a good actr, dancer and host!!! and he is cute! i cnt wait tl everything bes ok btwn robbie and kasturi!! their jodi is really cute!! wsh him good lck for the future!!

14 years ago thanks karan for your comments.i am very to hear that you are try to make bollywood.i know you will be do better job.i am waiting for your new soup/reality show.so best of luck.Fahim'''''''bye-eeeeeeee.

+ 2
14 years ago thanx.I really luv him.I hope he succeds in everything he takes up.

14 years ago Thank you the article! Whatever he takes up, he sure does it with sincerity and aplomb! I am aure he will succeed in whatever he chooses to do!!! Wishing him the very best!

14 years ago All the best wishes to KP .Hope RoKa union happens soon