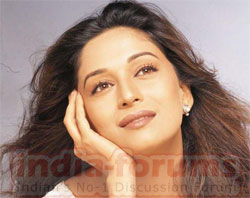 It is not abnormal for the teacher to remain a teacher, and for the student to become much bigger than him. Take the case of Saroj Khan and Madhuri Dixit. Saroj is largely responsible for the dancer that Madhuri has become. They had a guru-shishya relationship. This relationship began with 'Tezaab', and lasted till 'Devdas'.

Bollywood has always had choreographers and dancers, but it was Madhuri who took on screen dancing to an entirely new level as the heroine of a film. Then she went and got
Featured Video 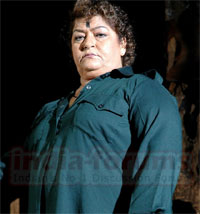 married. Now, with her comeback film, 'Aaja Nachle', Madhuri is expected to appease not just her fans, but especially the fans who worship her dance skills, and the film is most aptly titled.

Co-incidentally, her guru, Saroj, has just signed a show named 'Nachle Ve With Saroj Khan', for NDTV Imagine. This programme will see Saroj attempting to recreate the Madhuri magic with other people. In other words, she will invite non-dancers to learn some Bollywood steps from her.

Madhuri's film releases this November, while Saroj's programme will go on air in January. Although it is clear who the bigger star is, it remains to be seen which one becomes more popular. And there is no problem if the 'Ek-Do-Teen' girl becomes even bigger, because a teacher's efficiency is measured by his student's success.