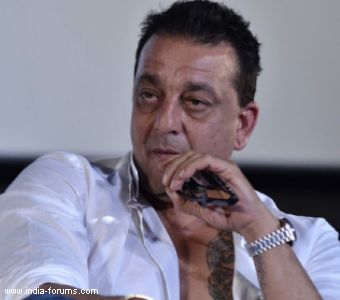 Everybody is doing item song in Bollyhwood these days and the latest to join the list is Shriya Saran. The actress will groove to an item number in Sanjay Dutt-starrer "Zilla Ghaziabad".

"I have done an item song in 'Zilla Ghaziabad'. It is a fun song. Every time I used to see myself on the monitor, I used to think 'Is that me'? As an actor, it is fun to experiment with your image. I have done many item numbers in the South, but this would be my first in any Hindi film," Shriya told IANS, but didn't reveal the title of the song.

A known name down south, Shriya has featured in Hindi films such as "Tuzhe Meri Kasam", "Mission Istanbul", and most recently "Gali Gali Chor Hai".

The actress feels it is a great time for the Indian film industry.

"It is a big industry and it needs to come together. As a storyteller, you have more freedom to express as you have a larger audience and people accept you," she said.

"It is an honour to be part of the films. I am grateful to god that I am part of the industry," she added.

Shriya is now looking forward to the release of her "Midnight's Children", a film adaptation of Salman Rushdie's 1981 novel of the same name.