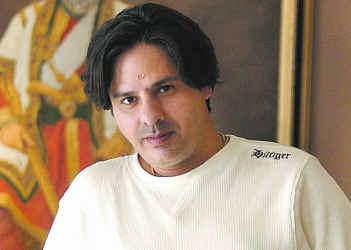 The young boy who shot to fame with his movie Aashique recently hogged the limelight as Big Boss Winner. As cool as cucumber Rahul Roy maintained his composure throughout the show and emerged as a true winner. A firm believer in destiny and fate lets check out If I was.. with Rahul Roy
If I was Harry Potter :   I would wave my wand and remove all the pot holes all over Mumbai.
If I was to give the title - the worst movie of the year, it would go to:  Well 80% of the movies made today are not worth watching.
If I was to pick one bollywood actor /actress for biggest looser it would be:  I would pick up myself because as it is people don’t expect much from me. There are people who still back me and the rest of the industry is surprised. I would love to be the biggest looser and loose some extra pounds.
If I was to lock one television personality in the Big Boss house, it would be: Salman Khan
If I was given a day without rules in the Big Boss House the first thing I would do is:  I would try to get an access to telephone, make calls to my family and my friends.
If I become woman for a day, I would do:  I would pass the death sentence to all the men who commit crimes against women.
If I was Ekta Kapoor for a day:  I would push the envelope by experimenting, making different serials apart from the Saas Bahu.
If I was to pick a date from the characters of my show I would pick:  Ravi Kishan
If I was to play a super hero, it would be:  Thor, He is a God of Thunder
If I was to change, one thing about my career field, it would be:  Would like to educate more people how to enter our industry without succumbing to any rubbish that comes along with it.
If I have to give a message to my fan it will be:  Always think positive and persist your dreams.
That was some really positive thoughts by Big Boss Champ Rahul Roy. We hope that he always remain as grounded as he is today..
Featured Video

15 years ago Poor gal yaar.... They had such a relationship on screen during that show... But now everything has gone down....

+ 5
15 years ago how can this be in any relation...marraige should be treated as a big responsibility

btw thx for the article

+ 3
15 years ago Rahul Roy sure knows what to say he really answered the rapid Qs with ease.
Well deserved winner for BB.