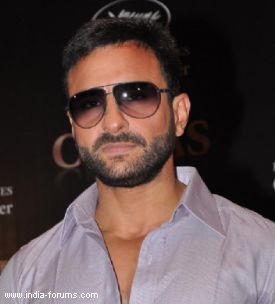 Actor Saif Ali Khan, who played a fun-loving and friendly dad to his on-screen children in "Ta Ra Rum Pum", says in real life he does not get enough time to spend with his children.

The 43-year-old has daughter Sara and son Ibrahim from his ex-wife and actress Amitra Singh. The two got divorced in 2004, after 13 years of marriage.

"Sara and I are like good friends. Ibrahim loves to play cricket. Both of us play sports together. But I don't get much time to spend with him, but I would like to," said Saif, who is now married to actress Kareena Kapoor.

With hectic shooting hours, the actor stresses on the importance of time management.

"I don't get time to spend with my mother (yesteryear actress Sharmila Tagore) too. The balancing of time is important. It's a problem in life," he added.

Saif, who has spent over two decades in filmdom and has been part of successful films such as "Yeh Dillagi", "Kachche Dhaage", "Hum Tum" and "Love Aaj Kal", feels that "an actor should be known for his acting not for his personal life".

His forthcoming film is "Bullett Raja" and the actor will be seen playing gangster Raja Mishra in Tigmanshu Dhulia directed crime thriller.

Tiger Shroff shares his experience on receiving ...
39 minutes ago