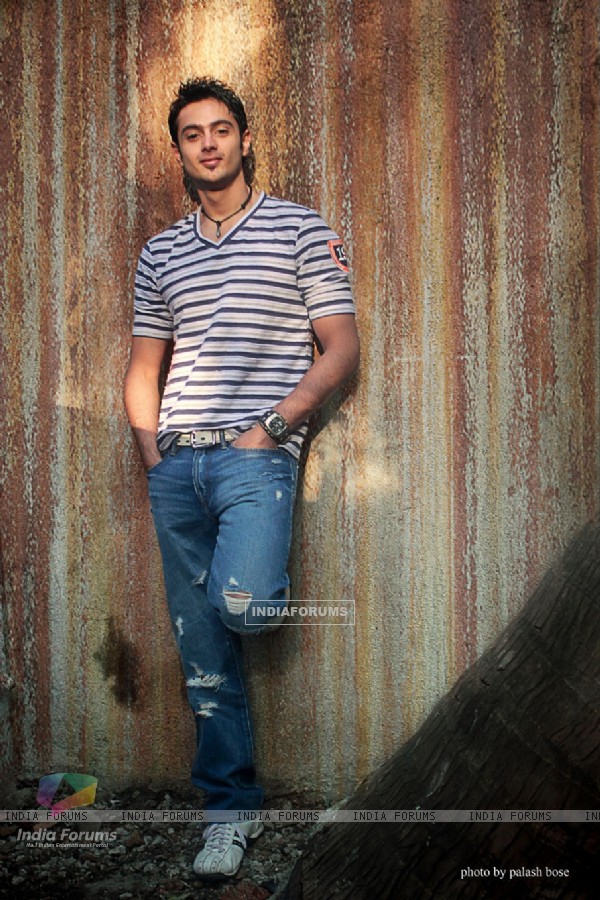 While there is hype in media that three major shows of Star Plus - Sphere Origins' Saraswatichandra, Rashmi Sharma Prdoductions' Saath Nibhana Saathiya and Swastik Pictures' Mahabharat going off air in some time now, there is a lineup of shows from ace producers such as Shashi Sumeet Mittal, Rajan Shahi and Miditech India Pvt Ltd. to bring in their shows in place of the shows going off air.

The recent development that we have heard of is Dhruv Bhandari and Heeba Nawab to be finalized for Rajan Shahi' next. Dhruv Bhandari was last seen essaying the role of a transgender in Rakt Sambandh on Imagine and Heeba Nawab was last seen in Channel V's Crazy Stupid Ishq. We also hear that Ram Kapoor's wife Gautami Kapoor will be portraying a significant role in this yet to be titled show.

Dhruv Bhandari is a part of Director's Kut Productions was made more evident by his friend Shruti Merchant who tweeted along with a picture, "A big shoutout to @DB1307 ! This is just the beginning ! Congratulations
Dhruv! Time to reap the joy !"

There was also news that Heeba had been approached for Life OK's big budget show Ellis Bridge produced by Dharmesh Mehta. Well is it so that Ellis Bridge has been kept on hold for now to come on air that Heeba signed a contract is something the girl can only tell us.

While Heeba did not revert to our text message, Dhruv was unavailable.

Now the question lies, if Rajan Shahi is all set to bring his show on floors, which show will be seen going off air then?

Viewers, until we find out which show is getting replaced, you keep reading this space to know about further developments.

KiranlovSriti 6 years ago Hope this news is true. Dhruv Bhandari is an very talented actor. Loved his acting in Raktsambandh, AND his chemistry with Sriti Jha. Dnt knw about the new actress. All the best to Dhruv.

TwilightStar_JP 6 years ago Finally Saath is off! Too much saath nibhaya hain enough! And I would have been more happier if instead of Saraswatichandra Yeh rishta would have been the choice come on man every time its saas bahu concepts!! Its time to be straight forward and not partial the actors in the show themselves have grown how much more do they expect?

diw9 6 years ago SP is partial to its shows and its the least experimental in its shows and is afraid of taking risks.
Its the only Chanel who has no weekend like as it does not believe in this concept.
Only the popular programs are included in SPA and rest are left on their fate.
Not even ads were created when it had weekend shows till late April.
Which India chanel has shows six days a week else than SP.

Kusum04 6 years ago Why Saraswatichandra goes off air every month?

Shaina_b 6 years ago Star Plus really needs to end a lot of shows!!!!

soniadutta 6 years ago My only request to SP to shut off all the shows which are running since ages and should space to for new shows which have different and new concept...rite now only YHM and EHT is gud to watch

Preternatural 6 years ago Why isn't YRKKH ending? Star plus is crossing it's limits now. YRKKH doesn't have any new concept left.
This proves that Star Plus will always be PARTIAL.

chocolate_boy 6 years ago After the Radha track I guess they will have nothing to show and TRPs will dip down slowly.

And whatever new show Star is binging is falling badly in TRPs, hardly we saw any succesful launch after Mohobbatein.

Star should give importance to its existing good shows like Iss Pyar Ko and Veera.

They should immediatley off air Ye Rish, saathiya