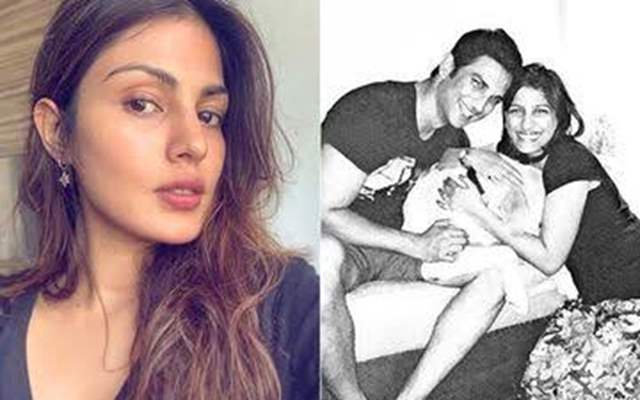 The Central Bureau of Investigation (CBI), who is currently probing Sushant Singh Rajput’s death case has now supported the plea by Rajput’s sisters to quash the FIR filed against them by Rhea Chakraborty.

The CBI in it’s reply has said, “The very genesis of the FIR is flawed. The allegations levelled in the FIR are mostly presumptive and speculative in nature.”

Anil Yadav, additional superintendent of police (CBI) states that an FIR was registered by the Patna police and that two FIRs cannot be recorded on the same case.

“Therefore, the registration of another FIR on the same facts and cause of action was neither warranted nor allowed under law” he was quoted as saying by Mumbai Mirror.

Rhea Chakraborty, who was in a live in relationship with Sushant had filed a FIR against Priyanka Singh and a Delhi based doctor Dr Tarun Kumar for allegedly prescribing illegal medicines containing psychotropic substances without a consultation to Sushant Singh Rajput. Rhea alleges that the medicines may have resulted into a chronic anxiety attack leading to Sushant's suicide.

The sisters then approached the Bombay High Court and claimed Chakraborty’s "complaint is an afterthought and only filed to digress the investigation in the death of the late actor.”

Advocate Madhav Thora, who is appearing for the sisters had requested for an urgent hearing of their plea as the sisters feared CBI arrest.