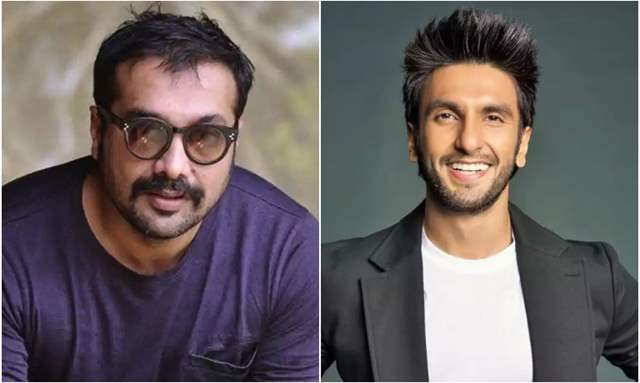 Sushant Singh Rajput’s death has reignited Insider vs Outsider debates. Many Bollywood celebrities came ahead to make shocking revelations amid the conversation for serious change and a lot has been talked about since then. Now, director Anurag Kashyap recently made some of the most shocking revelations of all time and uncovered the dark side of Bollywood and its nepotism.

During a recent interview with journalist Faye D'souza, Kashyap spoke about a variety of issues. Speaking about nepotism and Insider vs Outsider debate Kashyap mentioned that Ranveer Singh is often referred to as an insider for his distant connection to Anil Kapoor's family, but Anurag added that there was a time when he wanted to cast him, but studios weren't ready.

“However much people call him an insider because of some remote connection, from two generations before, the man has struggled. Ranveer Singh was rejected in an audition in Shaitan. Ranveer Singh is an actor who when I wanted to cast him in Bombay Velvet, I had a tough time. My studios and nobody believed in me and told me they would not give me money if I made the film with him. So even that Ranveer Singh, that I know two personal stories of my own production that rejected him, he is a star today," said Anurag Kashyap.

The Gangs of Wasseypur director elaborated about the on-going conversation about nepotism and mentioned that it is now a thing of the past since there are more opportunities today.

Anurag maintained that nepotism was a debate of 2000, the early decade. Right now, with OTT coming into the picture, that debate is pointless.

He also spoke about his relationship with Kangana and spoke about her film Queen. Anurag added, "When me and Kangana were friends and were like ‘We will do this film’. How many people believed in Queen? Nobody did. We went down and fought that battle. This industry was about supporting their people, like any other business."

RapChick101 1 months ago Yup exactly. People have gotta stop taking away from someone’s work just because of some random connection they may have. Okay fu*k demeaning and discouraging people? YES. But for heaven’s sake, stop this oh nepotism is shit because most people would obviously want to help their children/loved ones in the best way possible. And all these people shouting about how they’re all so anti-nepotism and screwing all these “nepotists” , if you’re served an opportunity open on a platter, would you not take it up? lol politically we’ve already become hypocrisy from a democracy, I guess everything including gauging the entertainment world is to have followed suit.