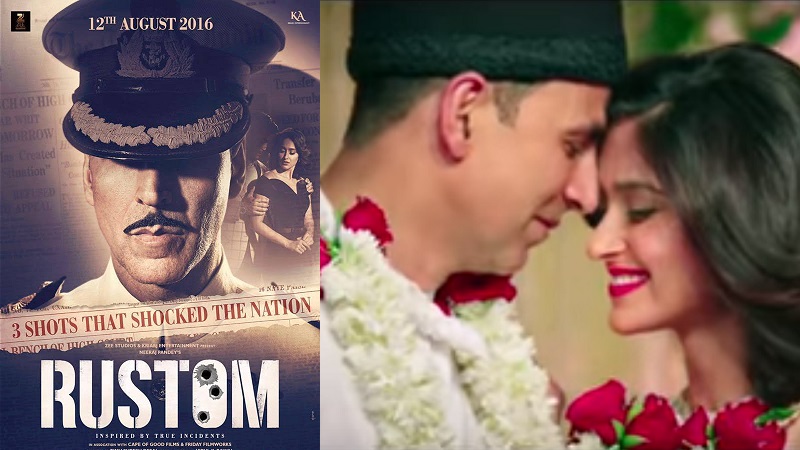 The trailer of Akshay Kumar starrer "Rustom", launched on Thursday, is packed with a mystery element and showcases the action star as a naval officer.

The over three minute-long trailer shows Akshay Kumar clad in a crisp white uniform, sporting a moustache, while actress Ileana D'Cruz, as Akshay's love interest in the film, shines in bold coloured lipsticks and a vintage look.

Ileana and Akshay took to their Twitter accounts and shared the link to the film's trailer.

"Rustom" is based on real life incident of Naval Officer K.M. Nanavati. The film, which carries the tag line '3 shots that shocked the nation' also brings back Akshay and director Neeraj Pandey after the duo worked together on their 2015 project "Baby". Pandey will be co-producing film.

With Santosh Thundiyil has handled the film's cinematography, it is directed by debutant Tinu Suresh Desai.

"Rustom" will release in theatres on August 12.

ChickenSoup 4 years ago Superb trailer! I hope the movie becomes a huge blockbuster! I hope Akshay Kumar gets national award for this movie. Rustom will definitely beat Mohenjo Daro which will be a mockery of ancient history.