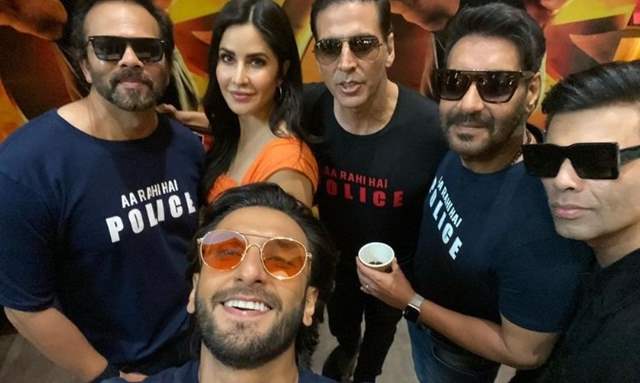 A lot has conspired since the announcement of Rohit Shetty helmed Sooryavanshi. The film is repeatedly being pushed ahead owing to the spread of Coronavirus and fans have been waiting for its release for some time now. It was speculated that the film would be releasing on April 2, however, a source declined these reports and informed that the release date is yet to be finalized.

Yesterday, the makers of Sooryavanshi held a meeting for the finalization of the date and now, it is being reported that the much-awaited film will be released on April 30, 2021.

The makers have been eyeing for a theatrical release and they have undergone a great ordeal to keep the film on hold. Now, a source has confirmed that barring the recent upheaval of COVID, nothing else can change Reliance Entertainment's decision. "They have waited long enough, of course, they didn't see this current wave coming in Maharashtra. But how long can they further wait?" said the source quoted by the Times of India report.

The source added, "They now believe that if the crowd can come in for 'Wonder Woman' and 'Master', why not for 'Sooryavanshi'?"

The Times of India report further added that the dispute between the theatre owners and Reliance Entertainment is not yet settled wherein the corporate was demanding a 65 per cent minimum on the sale of tickets in the first week, followed by 60 and 55 in the 2nd and 3rd week respectively.

The theatre owners had thrown up their arms and expressed to Reliance that this would be unfair as they have profusely bled since the lockdown was imposed in March 2020 and hence this would only widen the hole in their pockets. The source informed, "That's a process which is happening, the talks are still on. There will be some middle-of-the-road settlement."

As per the original plan, 'Sooryavanshi' would have released on March 24, 2020. The film has been delayed by more than a year now, and only time will tell how the audience will respond to the delay.

The highly-anticipated action film also features Katrina Kaif as the female lead and marks the reunion of Kat with Akki after nine years. The film also stars Ranveer Singh and Ajay Devgn in a cameo role.

1 months ago Most have forgotten about this movie... I guess it won't work