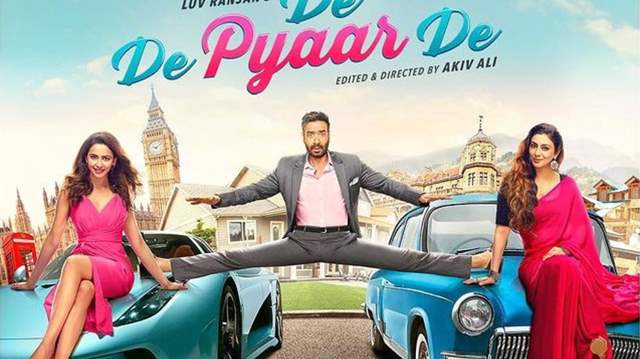 A consumer forum in Ajmer, Rajasthan, has ruled in favour of Ajay Devgn in a case involving his film De De Pyar De. A case was filed against Ajay Devgn for displaying a stunt on the film's poster but not performing it in the film. The complaint was filed in Ajmer's consumer court.

Tarun Aggarwal, an Ajmer resident, filed a complaint with the consumer court in 2019. According to a Dainik Bhaskar report, the complaint stated that the film's poster depicted a stunt scene that was not present in the film.

The complainant blamed Maya Mandir Cinema and Ajay Devgn for the incident and sought $450,000 in monetary and emotional damages, as well as $11,000 in legal fees. The complainant also requested clarification on the misleading advertising and immoral business practices.

Amit Gandhi and Prachul Chopra, representing Ajay, told the forum that he only acted in the film and cannot be held liable for publicity or promotional material. The complainant's lawyer argued that because Ajay actively promoted the poster, he should be held accountable.

The bench, which included Dinesh Chaturvedi and Ramesh Kumar Sharma, stated that an actor has nothing to do with hoardings, posters, or deciding which parts of a film should be cut. The court granted Ajay's request and requested that his name be removed from the complaint.

1 months ago Lol how ridiculous