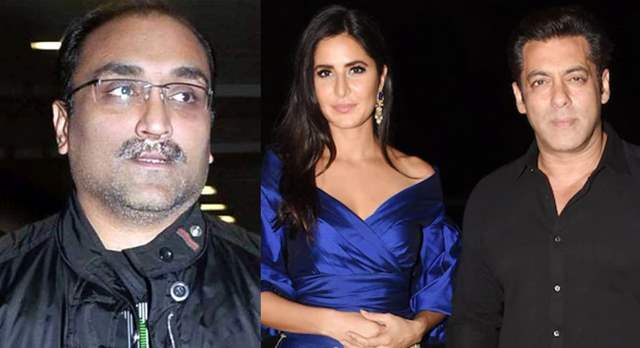 Aditya Chopra is in no mood to delay things any further, Gets a jumbo charter plane to fly down Salman Khan, Katrina Kaif and the whole cast and crew of Tiger 3 to Russia...

Aditya Chopra has buckled up now and is in no mood to delay things any further and so is now on a mission to start shooting for his projects and complete them within a tight schedule.

The producer-filmmaker who is helming superstar Salman Khan and Katrina Kaif starrer Tiger 3 under his banner Yash Raj Films has put down strict rules keeping in mind the on-going Coronavirus pandemic and has given clear instructions to his team to follow the guidelines of bio-bubble to kick-start the shooting of the film and wrap it up within a tight schedule of just 45 days.

Following this, the protagonists of the film, Salman and Katrina will be heading to Russia on Wednesday, i.e on the 18th of August, 2021 to shoot the international leg of Aditya Chopra’s Tiger 3.

As per our sources close to the production, it’s going to be a 45 days gruelling schedule that will be filled with breath-taking action sequences.

For the schedule, Salman and Kat will shoot in at least 5 international destinations including Austria and Turkey. And now given the pandemic and how strict Yash Raj Films has been about maintaining the bio bubble, we hear, Aditya Chopra is flying the cast and crew via a jumbo charter!

YRF is chartering everyone including Salman, Katrina, director Maneesh Sharma, the entire cast and crew for this intense international leg that will see the team pull off some spectacular shooting schedules! Team Tiger takes off on 18th August’21! The direction team under Maneesh has prepped for months for this schedule and Aditya Chopra is clear that the shoot needs to happen smoothly.

Salman and Katrina will land in Russia first and then head to multiple shooting destinations like Turkey and Austria. Aditya Chopra and Maneesh Sharma didn’t want to compromise on the scale of the film despite the pandemic and they have planned Tiger 3 to be a visually spectacular theatrical experience. Thus, this schedule will add a lot to the film’s visual extravaganza and some never seen before action sequences will be filmed.

Tiger 3 is directed by Maneesh Sharma and also stars Emraan Hashmi in a pivotal role. In the film, Salman Khan and Katrina Kaif will be seen reprising their characters, Tiger and Zoya.

With such strict rules in place and highly safety precautions in place, it seems the audience will soon be getting a good dose of entertainment with Tiger 3 and will get to experience it all on the silver screens.