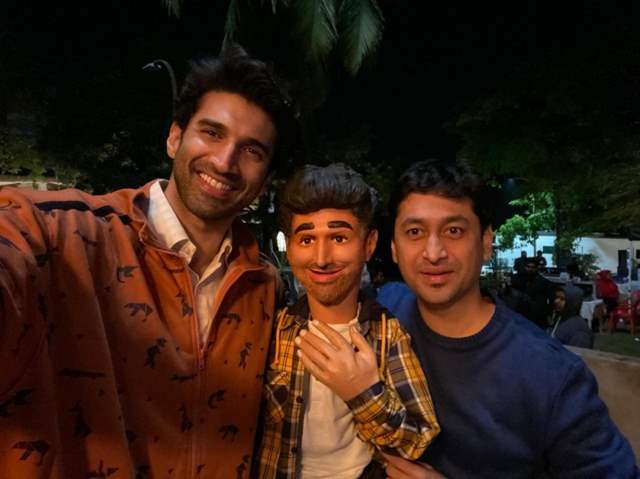 Filmmaker Anurag Basu’s latest offering Ludo which released on OTT platform recently is receiving rave reviews but one thing which gets a startling recognition is a puppet look-alike of actor Aditya Roy Kapur. This in fact makes Aditya Roy Kapur the first actor in Bollywood to have a puppet look alike printed with 3D technology.

Aditya plays a ventriloquist in Ludo and his alter ego is a puppet which has a striking resemblance to him. This puppet was designed using the latest 3D printing technique by veteran ventriloquist Ramdas Padhye and his talented son Satyajit Padhye.

This is the first time in India when a 3D printed puppet of a celebrity is being used in Indian cinema. Spilling the beans the veteran and renowned ventriloquist Ramdas Padhye says,

Anurag Basu was aware that we create look-alike puppets and when I showed him some references he was blown away by the detailing and movements.

Mr.Padhye himself is an engineer and his expertise is seen in his Puppet Studio which gives birth to all kinds of puppets, muppets, humanettes, masks and all sorts of talking objects. He has around 2200 puppets in his collection.

Ramdas Padhye is India’s leading Ventriloquist, Puppeteer and Puppet-Maker who has been in this field for last 53 Years his son Satyajit Padhye  a chartered accountant by education is also a Professional Ventriloquist, Puppeteer, Puppet Maker and a stand-up comedian who has appeared on several popular shows like India’s Got Talent, KBC and Bigg Boss.

“It’s a long process to create a puppet. First we 3D scanned Aditya, Then captured his 3D images on a computer and processed the images so that a puppet can be created. After that we 3D printed the final processed image and the puppet was casted in foam latex. In Aditya's case his hairstyle and his nose were peculiar features which we captured exactly using 3D scanning”. 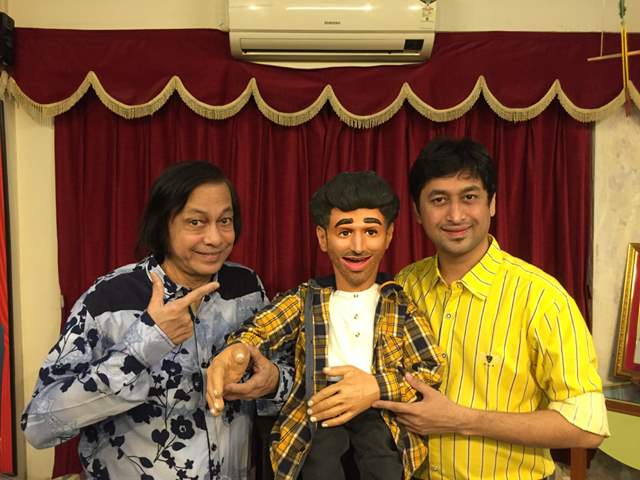 The next part was challenging as they had to add movements to the mouth, eyebrows and eyelids of the puppet where the veteran Ramdas Padhye stepped in with his expertise.

Anurag Basu – Dada as he is fondly called, approached me to train Aditya Roy Kapur the mannerisms of a Ventriloquist. He also told me that I could operate the puppet in the film by hiding behind to add authenticity.

Satyajit was to train Aditya for a couple of days but Aditya showed keen interest in learning the art and it went on for a fortnight and Aditya learnt this strenuous art in a quick time.

It was fun to work with Aditya. I used to go to his house and we used to have a blast. Aditya picked it up the mannerisms pretty fast and I too was present during the shoot to assist him but he pulled it off hence our hard work paid off. 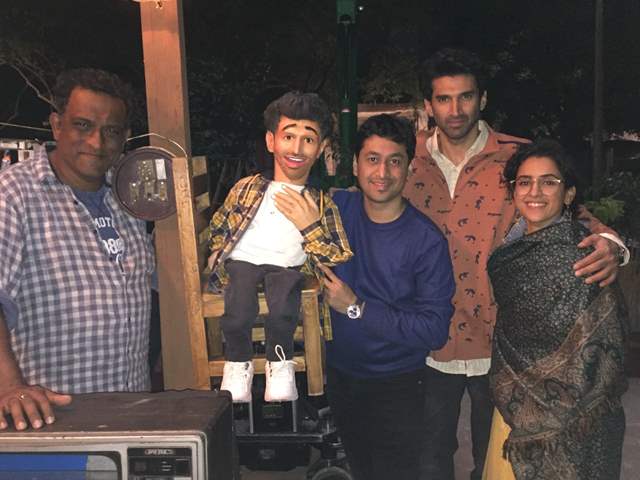 Just wanted to say thank you for all your help in preparation for this film, it was really wonderful to get to learn the beautiful art from you. Really hope your dad (Ramdas Padhye) likes it, lots of love

Padhye Family has been behind the art of Ventriloquism and Puppetry when it comes to use of this art form in popular media like television, feature films, ad-films right from 1916 onwards.

Yeshwant Padhye, Ramdas’s father and Satyajit’s grandfather used his character “Ardhavatrao” or “Mr Crazy” is the film “Akeli Mat Jaiyo” in 1963 where actor Rajendra Kumar played the role of a Ventriloquist. Then Ramdas trained superstar Amitabh Bachchan for the role of a Ventriloquist in the film Mahan in 1980 and another Marathi superstar Laxmikant Berde for Marathi blockbuster film Zapatlela in 1993 and actor Aamir Khan for a DTH commercial in 2010. So Satyajit is a 3rd Generation Ventriloquist who has trained Aditya in Ludo in 2020.