New Delhi, Dec 17 (IANS) Everyone knows him as a first-rate model, an evolving actor and a youth icon. But there is more to John Abraham, who turned 35 Monday.

He is deeply involved in social work and wants more youngsters to join his Habitat for Humanity brigade.

'I keep a break between my films and during those breaks I work for social causes I address. I love animals and I work for PETA. I have my own brigade called John' brigade for Habitat For Humanity,' John told IANS.

'This year, we have built 5,000 houses in impoverished villages all over India. Next year, we plan to build 8,000 houses. Habitat for Humanity is a Jimmy Carter foundation project.

'Do people know that, no! But now I have to talk about my work because I need the youth to join me. I need youngsters to come there and actually build the houses. I build houses for the people. I go up on the roof and put in screws. The youth connect with me. They feel that if John can do it, so can we. If John can build houses, we can build houses too,' he added.

Although critics have panned his latest two releases 'No Smoking' and 'Dhan Dhana Dhan Goal', John is unperturbed and looking out for more substantial roles.

'You have to take criticism positively. Criticism is where someone will tell you both bad and good points. I object to cynicism where people just tell you the bad things. So criticism is always welcome,' he said.

'I make sure that I get the right role and the money is also important. But I'm not consciously trying to do non-commercial films. 'Zinda' was different but it worked.

'I'm being offered unconventional roles because directors have realised that I am open to different kinds of films whereas other actors are probably interested in doing safe films. I'm happy doing different films and when I get an offer to do a film like 'Zinda' or 'Taxi No. 9211' I get excited.

'When people suggested that I do commercially safe films with big star cast, I did that. But my two commercial big star cast films didn't work, but 'Zinda' and 'Taxi...' worked.'

It was Sanjay Gadhvi who gave him the tailor made role in 'Dhoom'. The film was a phenomenal success and John became a star. 'Garam Masala', 'Zinda' and 'Taxi No. 9211' followed.

'See my expectations from a film don't matter commercially. If 10 people don't see my film it's fine, but if one person sees it and says you have done a great job, that's important.'

His future projects are as diverse has his last releases - 'Water', 'No Smoking' and 'Goal'.

'Karan's film is a laugh riot and people are going to love it. I have no doubt about that. 'Happy birthday' is a working title. That's the film starting now. It is again a beautiful romantic film and romance has never seen the backdrop it has. So it's a surreal love story, the best way to put it. 'Luna' will happen during August-September next year.'

Commenting on the working style of the Hollywood, John said: 'They are very organised. I hate to say that they are far more efficient. We are getting there.

'But I still love working in the Indian set up. It's special. At the end of the day I'm Indian and my audience is Indian.'

He is very keen to do another bike film like 'Dhoom'.

'Because I think I own the franchise of bike films,' he quips. 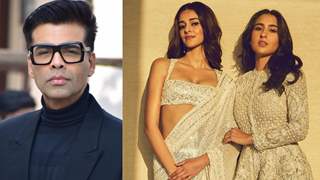 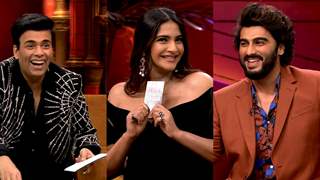