The award will be given to the Oscar-winning lyricist-writer-director at the opening ceremony on Saturday in the presence of Chief Minister Sheila Dikshit.

The award focuses on the 73-year-old's creativity and contribution to entertainment that goes beyond cultural, linguistic and other boundaries, said a press statement released here Tuesday

The fest will be held at the Siri Fort Complex in the capital till Oct 30. 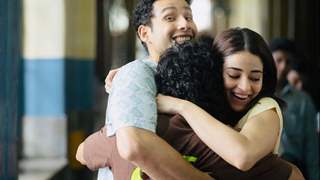