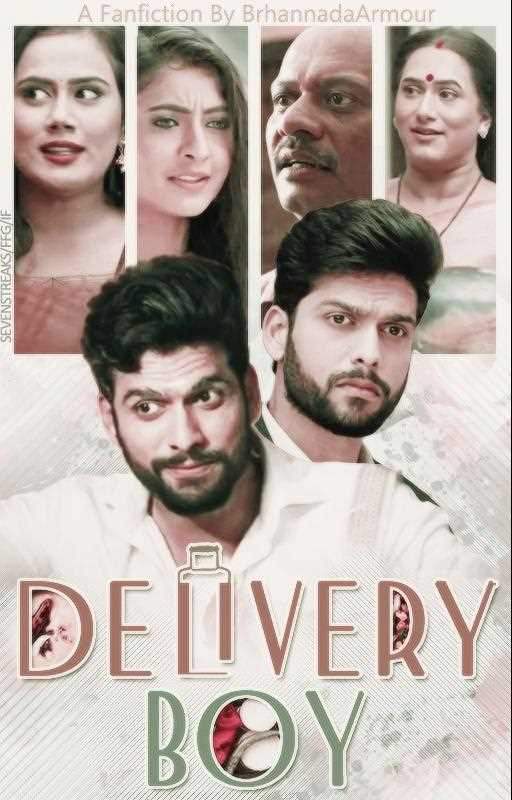 Show: Mehandī Hai Racanevālī. Who would want insolent Raghav Rao for a son-in-law? Vijay Deshmukh detests Raghav, and Raghav thinks Vijay is crazy, but Pallavi's marriage to Vijay's son Mandar is ending, and Raghav already considers Pallavi his wife. Will Raghav find the right words to appease his father-in-law and keep his promise to Sharada, his mother-in-law? Will Vijay regret believing anything that Raghav says? How will Raghav cheer up Pallavi's best friend Manasi who dreads him? Pallavi wonders if Raghav is ready for her to know his secret identity as the philanthropist Ramaswami and his secret practice of classical Bharatanatyam dance. With advice from his imaginary personality Luṅgīvālā Raghav, Raghav delivers the answers.

When Raghav Rao first met Sharada Deshmukh, who would become his mother-in-law, she mistook him for a delivery boy. Many months later, Raghav must earn the title of Delivery Boy when Sharada challenges him to take a tiffin to his father-in-law Vijay and make sure he eats it. My other story "Hasta-prāpya-stabaka-namito bāla-Mandāra-vṛkṣaḥ" is a prequel to this story. Each chapter in this story can be read as a standalone short story.

Life is an unsolved puzzle, writers and poets are trying their best to solve ...

I want to share the fabulous poetry from my region (Serbian) with all my India ...

Of Choices and Destiny By umawanderer 164 0 1

What is the most important thing in life? "Happiness of their loved ones is ...