View Profile
Remember Zeenat Aman's super glam look in the song Chura liya from Yaadon Ki Barat? It was a look that she immortalized. So much so that it's being relived now... and by none other than Zeenie herself! And hey, it's not just the look but also t 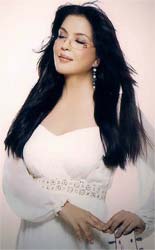 Featured Video
he strunnimg of the guitar that is being revisited in the film Dunno Y.... Naa Jaane Kyon directed by Sanjay Sharma, which is her comeback project. Just that in that film she was being pursued and in this one she plays a glam mom. Well, the idea to give her a glam mum look was actor Kapil Sharma's, who has also written the screenplay for the film. So, Kapil paid a lot of attention to her styling apart from stylist Rehan Shah and photographer Vicky Idnani. That's not all, Zeenat had to embark on a stringent exercise regime to lose weight for the contemporary and glam role. And, the actress was only apprehensive about it because she has never played the role of a glam mum before.


It's not just a glam role but Zeenat plays a woman of substance, as she plays the woman who supports her entire family singlehandedly after her husband in the film estranges her. The movie is also all set to bring back the glory of family drama genre that has been popularized by Hrishikesh Mukherjee and Basu Chaterjee. To be shot in Mumbai and Goa, the film will also star another yesteryear glam doll Helen, Rituparna Sengupta, Yuvraj, Hazel, Asha Sachdev and Maradona Rebello. This one is sure going to be family feast!