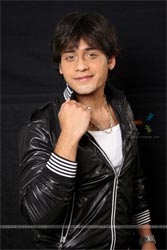 Telly Buzz had earlier reported about the entry of a new family in Star Plus and Balaji Telefilms' Kis Desh Mein Hai Meraa Dil. While viewers have already witnessed the entries of Arun Mathur, Mamta Luthra, Ajay Kumar, Rahul Dwivedi and Megha Dhade, the youngest son of the house will soon be shown entering the show.

We had earlier reported that Jatin Shah had almost been finalized, when he backed out for certain reasons. The news is that Yuvraj Malhotra of Betiyaan and Waaris fame will now essay the role of Viren, the youngest of the three brothers.

According to our source, "Yuvraj Malhotra aka Viren will be a positive character, loved by all in the family. However, there is a chance of this character turning grey as the story unfolds. The track with respect to the killing of Preet has not been finalized yet. It is speculated that this guy will eventually be cast as the new guy in Meher's life after the death of Preet".

When contacted, Yuvraj Malhotra confirmed the news and said, "Yes, I am part of Kis Desh, and this is my first show with Balaji. I always wanted to work with them, and when I got this offer, I grabbed it with both hands".

When asked about the character he will portray, the actor said, "I have just been finalized. I have not been given the narration as of now".

+ 4
11 years ago Harshad and Additi missing them so much. Hope to get them back on the TV screen soon...whether together or separate wishing them all the best!

Love you and Keep smiling

+ 6
12 years ago i jus hope he's gud!!coz ders alrdy so much of negetivity on the show ri8 now

nasha_143 12 years ago probably he will change after marryin her

+ 3
12 years ago Please dont kill Preet, he is the light of this show, and i hope the new character remains positive...

12 years ago its been a while since i watched this show. could someone give me a recap of wht happened after chahat prem and heer are all together?