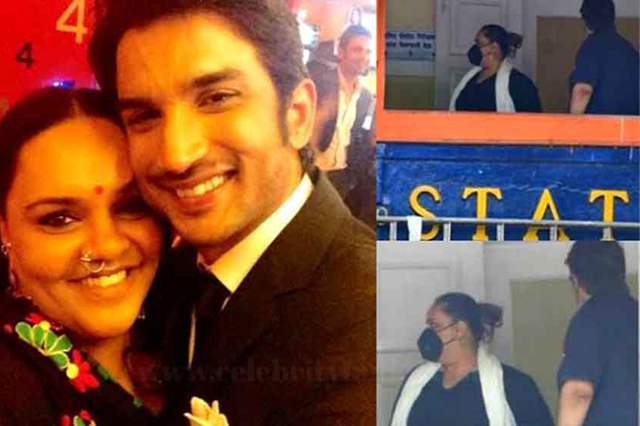 Actor Sushant Singh Rajput's passing away has indeed led to multiple question marks and even though it has been ruled as a suicide, multiple interrogations have taken place in people who were seemingly close to the actor.  Later, the actor’s detailed post-mortem report confirmed that he died by “asphyxia due to hanging” but the police officers are still rigorously investigating the matter and interrogating people that include the likes of Rhea Chakraborty, friend and apparent roommate Siddharth Pithani, friend and producer Sandip Ssingh and a couple others.

And now, reports suggest that  YRF casting director Shanoo Sharma has been called by the Mumbai Police.

A few recent pictures have been surfacing showing Sharma being captured outside the police station along with her friend. The details of this is yet to be revealed.

After his demise, Shanoo shared a photo of Sushant and herself and backed with a condolence post which read, "Will keep the good days and Affection in my heart... God speed Sushant... Rest in Peace. My prayers for the family and all who love him..."

Rhea Chakraborty To Apply For Interim Bail After Sushant's Father ...

Sushant's Dad's Official Statements: 'He told his Sister that Rhea ...

Details of FIR against Rhea: 15 Crores Transferred From Sushant's Bank ...