Before we talk about April; March was an exciting month in comparison to January and February. However, the 'dull' period is back with April. There was an 'extra' bit of everything in the past month but this month was rather dominated by a lot of entries and controversies.
ENTRIES While Manish Goplani, Monica Khanna and Jatin Shah quit 'Thapki...Pyaar Ki', only Manish chose to return back to the show. Following suit was 'Ishqbaaaz's' Subha Rajput who put in her papers and was all set to quit the show, but just like co-star Leenesh Matto, she sorted things out with the makers and is staying put in the show. Aradhana Uppal made an exit from 'Jaana Na Dil Se Door', Aly Goni quit 'Yeh Hai Mohabbatein', Nehalaxmi Iyer made a temporary exit from 'Ishqbaaaz' and 'Dil Bole Oberoi' and last but not the least, Sheena Bajaj was supposed to do Colors' upcoming 'Savitri Devi College & Hospital' but quit the show even before it goes went on air.
COMEBACKS This month saw quite a few comebacks with  Mona Singh and Krushna Abhishek all set to make their comeback as hosts with Colors' 'India Banega Manch', Vishal Aditya Singh and Urvashi Dholakia will make their comeback with Ekta Kapoor's 'Chandrakanta', Hussain Kuwajerwala will make his comeback after 8 years with 'Sajan Re Jhuth Mat Bolo's' sequel 'Sajan Re Phir Jhuth Mat Bolo' and Shararat fame, Poonam Narula Goel will make a comeback with 'Naagin 2'. Also, Tejasswi Prakash Wayangankar will soon make a be back with Sony TV's 'Pehredaar Piya Ki'.
DATING Not many 'love birds' flew this month but the ones that struck the news town were Ashwini Koul and Charu Mehra but they did not confirm their relationship nor deny it. Actress, Ankita Lokhande and non-industry guy Vikas Jain were linked with each other, post which Ankita slammed the reports. Also, 'Tu Sooraj's..' on-screen brother-sister jodi, Rhea Sharma and Mayank Arora were linked but Rhea denied the link up.
ENGAGED 'Naagin 2' and 'Yeh Hai Mohabbatein's' Vineet Kumar Chaudhary and Abhilasha Jakhar got engaged, Siddhanth Surryavanshi too announced and got engaged to super model, Alesia Raut and 'Meri Aashiqui Tumse Hi's' couple Smriti Khanna and Gautam Arora to got engaged to each other.
HITCHED 'Jodhaa Akbar' fame Ravi Bhatia got hitched secretly to his Indonesian love last year, but news came out this month.
CONTROVERSIES
Like the last month, this month too was full of controversies. The month started with Kamya Punjabi releasing her short film on the late Pratyusha Bannerjee, which stirred up a controversy. Post that, Rahul ended up filing a defamation case of Rs.1 crore on Kamya. Then Nimai Bali's wife and Rahul's family friend, Sahila Chadda accused Kamya of ruining her marriage with Nimai Bali. Another shocking controversy was stirred up by actor Rajat Tokas, who was linked to his 'Chandra Nandini' co-star, Tanu Khan. Rajat lashed out, but in a very dignified manner. 'Yeh Hai Mohabbatein's' Aditi Bhatia and Ruhanika Dhawan too made it to the controversy list with a fight between Aditi and Ruhanika's mother on the sets. 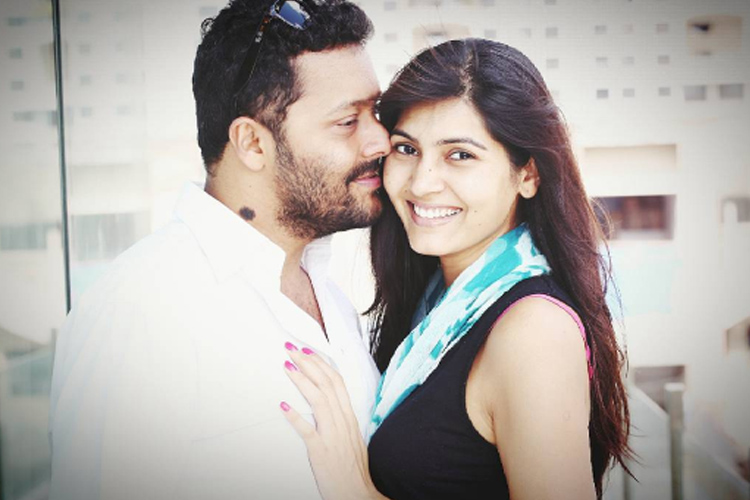 'Ek Shringaar- Swabhimaan's' lead Sangeita Chauhan also fell prey to this list with news of her husband going missing. However, her husband returned soon after. Controversy's favourite child, Parth Samthaan once again made it to the list with another model filing a molestation case against him and this time the case that has been registered is Section of the Indian Penal Code - POSCO.
All in all, this month did actually have as many controversies as there were last month. Parth Samthaan keeps making appearances every month though.
13 Likes

Anamika000 3 years ago Tejasswi Prakash Wayangankar is the best

Anurag Vyas joins the cast of Naagin 5!
22 minutes ago

Ronnie Screwvala's advice and his influential words make him ...
38 minutes ago

Priyanka Chopra Jonas enjoys her favourite exercise with ...
3 hours ago

Sonu Sood to appear as a Special Guest on India's Best ...
3 hours ago