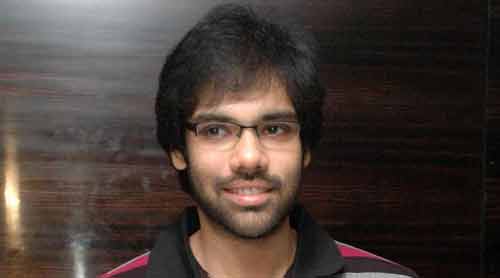 Actor Sibiraj, who shares screen space with Idoh, a Belgian Shepherd, in upcoming Tamil action-thriller "Naaigal Jaakirathai", says working alongside a dog has made him a better actor. He says the uniqueness of the script attracted him to the project.

"When you're working with a dog, you obviously can't converse in words. The only way you can understand is through certain expressions. If Idoh used some expression, I had to understand it using my imagination and react accordingly. In the process, I've grown as an actor," Sibi told IANS.

"It's the uniqueness of the script that convinced me. I've been thinking of doing a 'dog film' for quite some time and I wanted to do a kind of film that hasn't been done before in Tamil cinema," he said.

While there are a few Tamil films featuring dogs, never have audiences seen a hero and a dog share equal screen space. Sibi feels that's what makes his film "special".

According to Sibi, "finding a suitable dog that can do complex action sequences was more challenging than acting alongside it".

"When the script work was going on, I started looking out for the dog. We started in Chennai and went to Kerala, Karnataka and Andhra Pradesh. We even came in contact with the dog that acted in Akshay Kumar's 'Entertainment', but it didn't suit the role," he said.

It was through Twitter that Sibi found Idoh at a dog farm in Bangalore.

"The head of a popular dog food company got in touch with me. He referred a place in Bangalore called Stealth Paws, a training school for dogs. It's a place where dogs are trained and enrolled into Indian Army and several security agencies," he added.

Idoh was trained to do a lot of stunts. It can climb ladders, jump over moving cars, jump into a moving bus and even jump through fire.

"I can proudly say that shooting action sequences with Idoh was actually quite easy than working with stuntmen," Sibi said.

But there was one major challenge.

"Idoh would grab my wrist or chase anyone who was closest to him whenever the director yelled 'action' on the mike. I had to endure about 13 bites during the course of the shoot. He didn't like people yelling around him and hence, we learnt to shoot with gestures," he shared.

Sibi believes that the film will be liked by audiences because "Tamil cinema has reached a point where anything pertaining to a certain genre doesn't work anymore".

"I'm not trying to prove that I've made the first full-length dog film. Audiences will like the film because the script has justified the dog's presence. Having a dog just for the sake of it won't work, and that's precisely what we avoided doing in 'Naaigal Jaakirathai'," he added.

As a tribute to Idoh, Sibi has even dedicated a song in the film called "Doggy style", in which he will sing in praise of the dog. He even went to the extent of listing Idoh first in the credits.

"Idoh is the real star of the film. I play the second fiddle", he said.