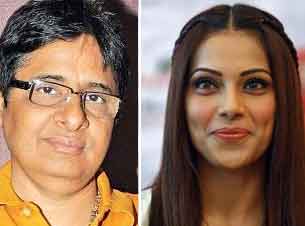 Producer Vashu Bhagnani is so upset Bipasha Basu, one of the female leads in his just released "Humshakals", that he has decided not to work with her again.

"I will not work with Bipasha in future. I should not give such statement, but I would try not to work with her," Bhagnani said here Thursday at the screening of the film.

The dusky beauty, who has been missing from all the promotional events of the film, stated that she was dissatisfied with the end result of her role in the film.

Bhagnani says that never misled her about her role.

"I myself asked Sajid to cast Bipasha. She is a lovely lady. But I don't know what is her problem. After watching the film, she can't say that her role is smaller. At the time of signing the film, I only gave her the remuneration. It's not like that we told her something else and have done otherwise," he said.