There was a time when folk songs were part and parcel of Bollywood films, but now popular rustic tunes seem to have gone missing from movies even though composers are experimenting with different genres far more than they used to. 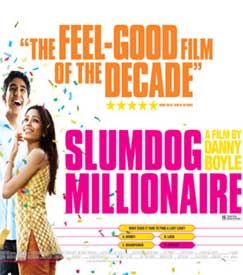 Featured Video
But the charm of folk songs gradually faded away and only once in a blue moon does one get to hear their influence in film music. Singer Shubha Mudgal rues that mainstream Hindi films don't provide space for authentic folk music.


'Once in a while, a film song features a short opening section or a choral section in a folk singer's voice, but other than that folk music remains a musical reserve or bank, which music directors from the film industry poach on once in a while, taking the odd tune, song, phrase for unacknowledged use as their own compositions,' Mudgal told IANS.


Sukhwinder, who recently sang a Kutchi folk song for a Steven Spielberg film, had something similar to say.


'We do have one-off folk songs in between, and many times the songs do very well, but the frequency of such numbers is very low,' said Sukhwinder, who sang the Oscar-winning 'Jai Ho' from 'Slumdog Millionnaire'.


In recent times, 'Piya tora kaisa abhiman' from 'Raincoat', 'Hikknaal' from 'Dev D' and 'Genda phool' from 'Delhi-6' did have the folk element in them, but couldn't make it to the top of the charts.


Music directors reason that most films today have modern settings and so it's difficult to fit an authentic folk song into the narrative.


'If a character doesn't have a folk touch and he is lip-syncing a folk song then it doesn't make sense. Imagine Ranbir Kapoor singing a Rajasthani song when the character has a western influence. The songs should be connected to the film's story,' said Vishal Dadlani of music composer duo Vishal-Shekhar.


Waajid Ali, who has composed music for films like 'Welcome' and 'Partner' with his brother Saajid Ali, agreed with Vishal.


'Essentially, the film has to have a requirement for folk; only then can it be used effectively. Folk can't just be added anywhere for the sake of it. Usually Bollywood takes a folk song and then modernises it to get the right flavour,' he explained. 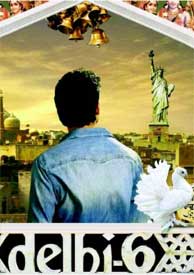 Among the older composers who had utilised folk tunes were Shanker-Jaikishan, S.D. Burman, O.P. Nayyar and Laxmikant-Pyarelal. Younger composers like A.R. Rahman, Shankar-Ehsaan-Loy, Vishal-Shekhar and Piyush Mishra have re-visited the genre, but with modern touches.


While Shankar-Ehsaan-Loy gave the Kashmir folk song 'Bhumro' in 'Mission Kashmir' and 'Banware' in 'Luck By Chance', Rahman churned the hit 'Chaiyya Chaiyya' from 'Dil Se' and Piyush Mishra created 'Ranaji' from 'Gulaal'.


Said singer Kailash Kher, who is known for his rustic voice and tunes: 'Folk music has not been used more often in Bollywood in its purest form because the dialects in various folk songs are specific to that area. If Hindi lyrics are used the song gets a wider reach.'


Popular songs that had the folk element intact but with Hindi lyrics were 'Dhol baaje' from 'Hum Dil De Chuke Sanam', 'O ri Chhori' from 'Lagaan' and 'Phir Raat Kati' of 'Paheli'.


Asked how the genre can be popularised in Bollywood, Saajid said: 'The first and foremost thing is the script. When scripts require folk songs, they will see resurgence.'


'The audience needs to be more receptive to folk singers. In the end it's a numbers game. If folk (music) starts to make more money people will start selling it more. And money comes only from the audience,' said Rajnigandha Shekhawat, a folk singer from Rajasthan who has sung songs for Himesh Reshammiya.


But Sukhwinder had a different take.


'Bollywood is all about light music and mass appeal; scope for hardcore folk is limited even if encouraged.' 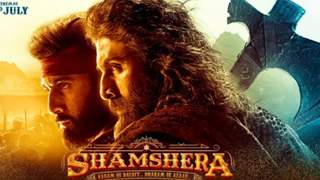