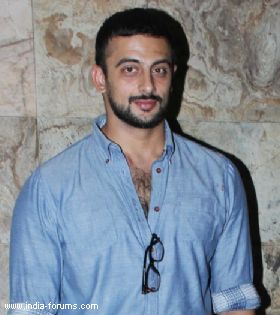 Getting into the character took a new meaning on the sets of forthcoming 3D suspense thriller "Pizza", when the film's 'bad man' Arunoday Singh! The actor's prosthetics in the film were so real and scary that the people around took him to be his character.

Arunoday plays a supernatural character in this eponymous remake of a Tamil blockbuster.

"One day I had to leave in a hurry post shoot, I thought I would remove my make-up after reaching home. But as I waved at the cabs, they would all slow down and then get so freaked out that they would zip off in a hurry," Arunoday told IANS.

"The other commuters had to ask me to step back and remove my make-up as even they were unable to get the ride home because of me," he added.

The film, which is slated to release July 18, is jointly produced by Bejoy Nambiar and UTV Spotboy.