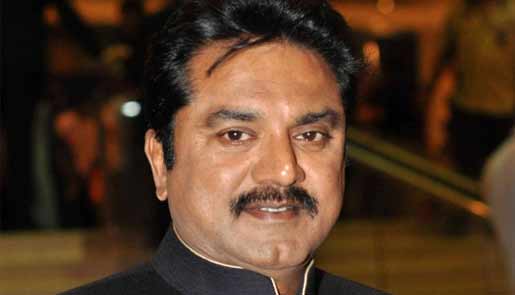 Actor-politician Sarath Kumar Tuesday said that the Tamil film fraternity is not observing a fast here under any "threat" or "compulsion". They are doing it to show solidarity with former Tamil Nadu chief minister J. Jayalalithaa.

Jayalalithaa was sentenced to four years in jail and fined Rs.100 crore by a special court Saturday for corruption.

Associations representing producers, actors, directors, distributors and others have come together for the hunger strike.

"We have gathered here not under any threat or compulsion from any individual or party. Amma (Jayalalithaa) has supported our film industry in many ways. We are here to extend our support," Sarath Kumar told reporters here.

Actors such as Vikram, Karthi, Vema, Mano Bala, Sachu, M.S. Bhaskar, director K. Bhagyaraj, P. Vasu, S.J. Suryah, K.T Kunjumon, Keyar and others have joined the protest which started at 9 a.m. and will continue till 5 pm.

Top stars such as Kamal Haasan and Rajinikanth were not present. Reportedly, both of them are busy shooting out of the state.

Director Vikraman reiterated that they were not "protesting" against the verdict.

"This is not a protest. We are not happy with the verdict and we have gathered to show our support to Amma. We hope she gets acquitted from the case and returns to serve us as the chief minister soon," Vikraman, President of the Tamil Nadu Film Directors Association, said.