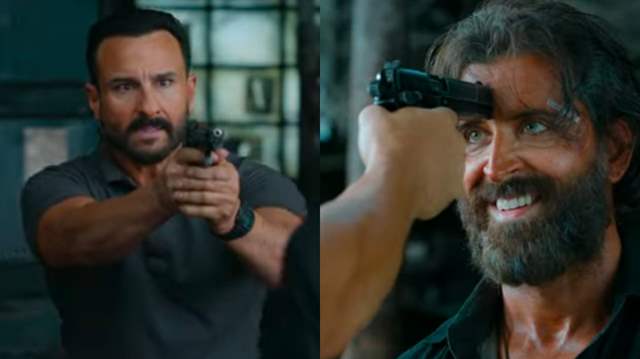 Vikram Vedha, starring Hrithik Roshan and Saif Ali Khan, has been keenly anticipated by fans ever since it was announced. Fans can't wait to witness Hrithik and Saif take on the roles of R Madhavan and Vijay Sethupathi in the official Hindi remake of the 2017 smash blockbuster Tamil film of the same name.

Hrithik took to his social media account and shared a post. He captioned it as, "एक कहानी सुनाएँ? #VikramVedhaTeaser OUT NOW (Link In Bio)"

The 2minute long teaser provides a fascinating glimpse into the Vikram Vedha's world. The teaser features a tonne of stuff that will make you want to whistle, massive action scenes, and intense emotional drama all set to highly catchy background music.

Overall, the preview suggests that Vikram Vedha will be an all-around entertaining film. Fans will no doubt be overjoyed and ecstatic when the movie is released in theatres on September 30, 2022,

Talking about the film, Vikram Vedha is an action-thriller written & directed by Pushkar-Gayatri. The story of Vikram Vedha is full of twists and turns, as a tough cop Vikram (Saif Ali Khan) sets out to track and chase a dreaded gangster Vedha (Hrithik Roshan).