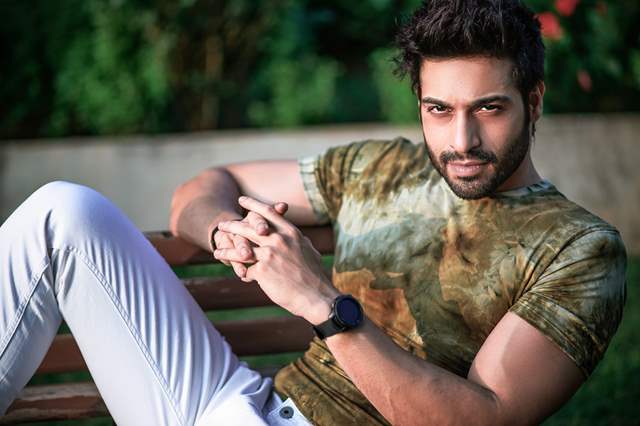 After making his debut in 2011 with “Chotti Bahu”, Vijayendra Kumeria has featured in shows like “Udaan”, “Naagin: Bhagya Ka Zehreela Khel” and “Aaj Ki Housewife Hai… Sab Jaanti Hai”. He now intends to do some quality work in the digital space and is looking forward to getting some opportunities.

“I am glad that I have got good and substantial work on television so far, I would love to do something exciting on the web now. I am keen on doing some good work in the digital space, let's see if I get opportunities,” Vijayendra said.

Talking about the content on the OTT platform, he said, “Its new age, it's pacey, the quality of shows is great. The production costs are high, and the makers know that only good quality can fetch the viewership because the target audience is very smart.”

And what kind of roles are you looking forward to being a part of? “I am hoping and keeping my fingers crossed that I get a good web series like some thriller or a dark story. I want to do something different, something which challenges me as an actor,” he said.

Vijayendra recently resumed the shooting of his supernatural thriller “Naagin: Bhagya Ka Zehreela Khel”. The shooting of the show and other shows was halted due to the nationwide lockdown. As the process of unlockdown has begun, so did the shooting but with some government advised guidelines.

Sharing his experience about shooting in the new environment, he said, “Yes, I have resumed work and I am glad that everybody now knows about hygiene. People have learnt it the hard way, though. Taking safety precautions and following the guidelines while shooting is a difficult task and slows down work, but we are coping up.”

The team of “Naagin 4” is wrapping up the shoot of the final episodes. Ekta Kapoor, during the lockdown, had announced that the show will go off-air after a “fantastic finale”, and they will soon come back with the fifth season of the show. The new episodes of the current season will air from July 6 on Colors TV. It also features Nia Sharma, Jasmin Bhasin, Rashami Desai and Anita Hassandani.

Vijayendra Kumeria shares that even though they work with so many ...

This is how Naagin 4 Will End; Nia Sharma, Vijayendra, Rashami to ...