View Profile
Rumors around B-town and elsewhere were that veteran actor Raj Kiran, known for his roles in movies such as Arth and Bulundi, has passed away. Reason for such widespread belief was the man's mysterious absence for the longest 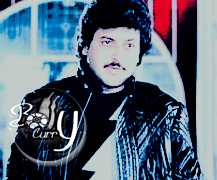 time. But all rumors can now be laid to rest because the actor, in a shocking turn of events, has been found at a mental asylum in the US.
It had been the rumors about this absconding actor that had initially led his friends and colleagues to begin their search for him. Raj's Hip Hip Hurray co-star, Deepti Naval, also left a message on his Facebook Fan page in her concern about the same matter.
However, the man to actually find him was none other than his Karz co-star Rishi Kapoor who recently traveled to the United States for the purpose. He was successful in tracing Raj's location and was equally shocked to find both, that Raj was living in a mental asylum, and that he worked there to pay for his own treatment.
Apparently, the story behind the veteran actor's unfortunate circumstances is a rather dramatic one. After his wife and son had abandoned him quite a while back, Raj took the beating to heart and deteriorated in his medical condition, while being left alone to fend for himself. Even the remainder of his own family did not take interest in mending any matters. Eventually, it all led to his deeply succumbing to depression after which he admitted himself in a mental institution in Mumbai. Much later his brothers took him to the mental asylum in the US, while news of his whereabouts was kept strictly hush.
Despite the harsh fate met out to him in this past time, we believe Raj Kiran still has his many blessings, in the form of people other than his family who care for him deeply enough. Here's wishing the man best wishes to recover from the trauma soon.