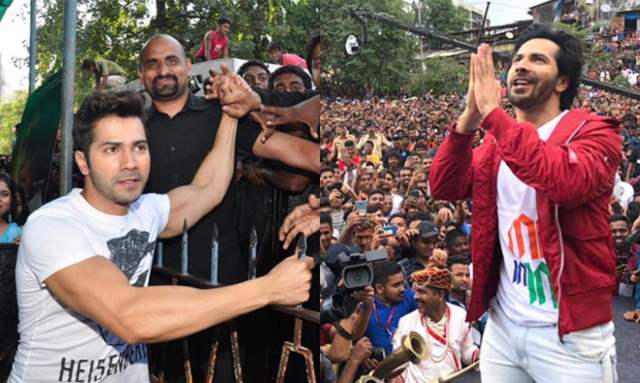 Varun Dhawan impressed the audience with his Bollywood debut in Karan Johar’s directorial Student of the Year (2012). The actor has conquered a lot with his craft and style. Varun, completed 8 years in the industry today and he is overwhelmed by the love he received from his fans and audience.

In a career span of 8-years, the 33-year-old actor has achieved a lot, and taking to his social media, Varun thanked his extended family for supporting him in his journey.

Sharing pictures of himself with his fans which were clicked during the promotions of his films, he wrote, “It’s been 8 years since this journey began between me and u. Thank u for believing in me when no one did. I remember every city I toured. The signs, letters, gifts, tattoos and most Importantly the love. When I cried u cried when I laughed u laughed but most importantly I know u cared for everything I did and that’s the most important thing. Be safe love Varun.” 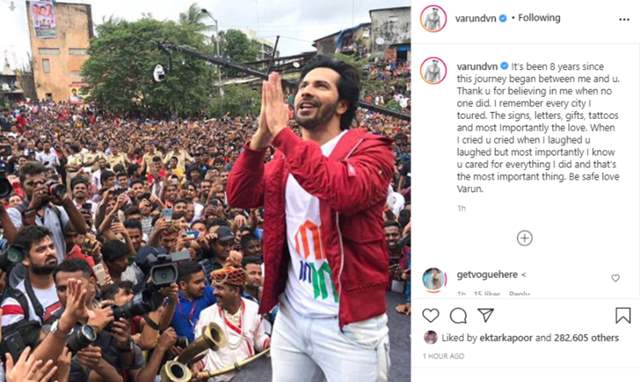 Apart from being a commercially successful actor, Varun went on to be part of some of the most critically acclaimed films like Badlapur and October.

Meanwhile, on the work front, Varun was last seen in ‘Street Dancer 3D’ with Shraddha Kapoor. He will be next seen in his father David Dhawan’s next alongside Sara Ali Khan.