As the New Year rolls in so does the anticipation of fresh new talent gracing the silver screen. This year is no different, with many fresh faces (most with B-town connections) making their Bollywood debuts. As this year commences, BollyCurry presents a list of young talent who will be stepping into Bollywood for the first time in 2014. 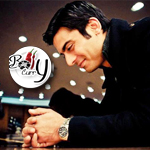 Fawad Afzal Khan needs no introduction among television audiences. The Pakistani heartthrob, who shot to heights of fame for his portrayal of Asher Hussain in the serial Humsafar, is all set to make his Bollywood debut in 2014. Fawad will be debuting in Khoobsurat opposite Sonam Kapoor. Directed by Shashank Ghosh and produced by Rhea Kapoor in collaboration with Disney India, Khoobsurat is a remake of the 1980's Rekha starrer of the same name. Currently recognized as the top television drama actor in Pakistan, Khan has received critical acclaim in both Pakistan and India alike. In addition to being a talented actor, Fawad is also a successful model and singer. While a release date for his debut film has not been revealed yet, the film is scheduled to release in the latter half of 2014. 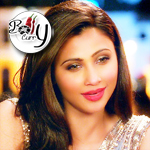 Former model, Ganesh Acharya's assistant choreographer and South Indian actress, Daisy Shah, will make her Bollywood debut in 2014. The 28 year old will be debuting as the leading lady opposite superstar Salman Khan in the much anticipated movie, Jai Ho, produced by Sohail Khan. It seems Ms. Shah has certainly hit the jackpot when it comes to debut films. What more could an aspiring actress ask for than debut film opposite a megastar? According to reports, Daisy was first spotted by Salman while shooting a song for 2005 film Maine Pyaar Kyu Kiya in which Daisy was a background dancer. Salman has launched the careers and made stars out of Katrina Kaif, Zarine Khan, among other actress, and only time will tell if Daisy will achieve the same level success. 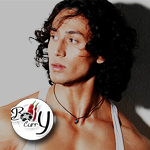 Jai "Tiger" Shroff, son of actor Jackie Shroff, will be making his film debut this year with an action flick, Heropanti. Produced by Sajid Nadiadwala and directed by Sabbir Khan, the film also stars Sandeepa Dhar and Kriti Sanon. Tiger, who has been practicing martial arts since he was a teenager, seems tailor-made for this action film. This young talent has been making headlines for a while now. Tiger has put in many hours at the gym in preparation for this debut role, and has a great body to flaunt. Tiger's debut film, Heropanti, is set to release in May. 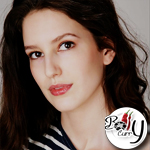 Katrina Kaif's younger sister, Isabel, will be making her film debut this year with the Canadian film, Dr. Cabbie. Isabel has signed on to play a secondary role in the film opposite British-Indian actor Kunal Nayyar. Directed by Jean-Francois Poulliot, Dr. Cabbie is co-produced and presented byBollywood star Salman Khan's Being Human Productions.  Before following her sister's footsteps and venturing into films, Isabel studied acting at the famous Lee Strasberg Theatre and Film Institute in New York. While Isabel will be making her film debut in a secondary role, rumors are that she will make a Bollywood debut in a leading role in 2014 itself with a film co-produced by Salman Khan and Katrina Kaif. A release date for Dr. Cabbie is yet to be announced. 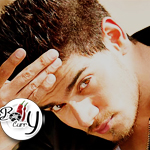 Suraj Pancholi, son of Aditya Pancholi and Zarina Wahab will be making his Bollywood debut in a yet-untitled remake of Subhash Ghai's 1983 film, Hero. It seems Salman Khan has taken Suraj under his wing. It was reported that Salman even roped in writer-director Umesh Bisht to write the script for the remake. Suraj will debut alongside fellow debutant and star kid, Athiya Shetty, daughter of actor Suniel Shetty. While this will be his first time acting in a film, the 22 year old is no newcomer behind the camera. Suraj worked as an assistant director for films such as Guzaarish and Ek Tha Tiger. Amidst all the controversies, here's hoping that Suraj makes a grand entry in Bollywood in 2014. 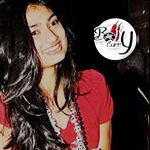 Athiya Shetty, daughter of Suniel Shetty, is another star kid who is all set to making her Bollywood debut in 2014. She will be debuting alongside fellow newcomer Suraj Pancholi in a remake of 1980's Jackie Shroff starrer Hero, produced by Salman Khan. Athiya will reprise the role played by Meenakshi Sheshadri in the original film. It was rumored that Ms. Shetty would be making her debut Jackie Shroff's son Tiger; however, the rumored were put to rest with the news of her debut with Suraj. It seems Athiya has the smarts to go along with her good looks. She recently completed a film making and liberal arts course at the prestigious New York Film Academy. A release date for Athiya's debut film has not been announced. 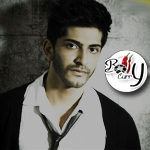 Harshvardhan Kapoor, son of Anil Kapoor, is set to enter the family business in 2014. The young actor will be making is film debut in Rakeysh Omprakash Mehra's period piece, Mirza Sahiba. Penned by veteran writer-lyricistGulzar, Mirza Sahiba, is said to be Mehra's dream project. While some question whether the film is the right debut for Harshvardhan, the filmmaker was quoted saying that he was in search of a fresh face and the young actor fits in the bill. The film also stars Kapoor's sister and actress Sonam and Waheeda Rehman in pivotal roles. A release date for the film has not been revealed. 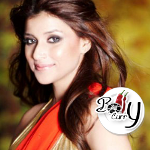 Another young talent making her big screen debut is Barbie Handa. Although her name might not show her connections to the film industry, she is related to one of the biggest stars in Bollywood. Who is this debutant, you ask?  She is Bollywood actress turned global star, Priyanka Chopra's cousin. After Parineeti, the award winning actress, and new comer Meera Chopra, Barbie is next in line to her own mark in Bollywood. Prior to making her Bollywood debut, Barbie has been featured on several commercials and a few South Indian films. Ms. Handa will make her debut with Anubhav Sinha production, Zid, opposite newcomer Karanvir Sharma. The release date of the film is yet to be announced. 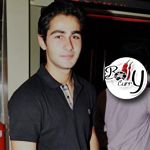 Another star kid making a film debut this year is, Armaan Jain. Armaan, son of Reema Jain and grandson of Bollywood royalty Raj Kapoor, will make his debut with a Saif Ali Khan Production directed by Arif Ali (brother of Imtiaz Ali). Jain will be debuting in the yet-untitled film opposite south actress and fellow debutante, Deeksha Seth. While this will be his first time in front of the camera, Armaan is no newcomer to film sets. Armaan spent nearly 3 years learning the art of filmmaking from Karan Johar, and even worked as an assistant director on Shakun Batra's Ek Main Aur Ekk Tu starring his cousin Kareena Kapoor. Is this handsome young talent the next big thing out of Kapoor Khandan? Only time will tell. 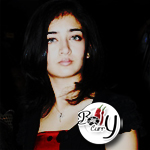 Yet another star kid making her big screen debut this is Akshara Haasan, daughter of Kamal Haasan and yesteryear actress Sarika.  Akshara's sister Shruti has made a name for herself in Bollywood and South.  The 22 year old debutante is great dancer and aspired to be a choreographer, but now she plans make her Bollywood debut with R. Balki's next. The film is produced by Abhishek Bachchan and will also star Amitabh Bachchan and Dhanush. The yet-untitled Balki film is likely be released towards the end of 2014.
There you have it - a list of ten new talents making their Bollywood debut this year. In addition those listed above some of the other new faces looking to make a mark in Bollywood include, Siddharth Shukla,  Himansh Kohli, Bilal Amrohi, Sana Khan, and Karan Deol. BollyCurry wishes the best to all new talents making debuts this year and here's hoping they make a lasting impression. Which debut are you looking forward to the most? Let us know in the comments section below.
Author: Marsh P.
Editor(s): Urooj K. and Hershi J.
Graphics: Fizii and Marsh P.
18 Likes

Sidharth Shukla on comfort level with Shehnaaz: We lived through our ...