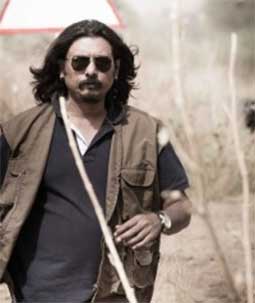 Despite getting satisfactory reviews, "Sooper Se Ooper" didn't do well at the box office and director Shekhar Ghosh blames poor marketing and inadequate show timings for its box office collapse.

"How can a director be expected to do everyone's job? I am doing my job till the film is being made. But if my job is to run after the producers to promote and release my film, then why is there a producer?" Ghosh told IANS in a telephonic interview from Mumbai.

It's unfair to ask a director about a film's box office performance, he feels.

"You make a decent film, but because of a business decision, the stigma of the film not making enough money comes on the director. That is strange. This happens with every director."

"That is something we (directors) have to live with and this is not fair. These questions should be directed at the people whose job it was in the first place," he said.

Ghosh says that directors usually do not plan release strategy.

"The studio doesn't even talk to you about these things. It is like you work hard and then it all depends on a call taken by someone who decides how the film will release," he said.

His "Sooper Se Ooper" released Oct 25, a day when number of films like "Mickey Virus", "Ishq Actually", "Wake Up India" and "Amdavad Junction".

"As a writer, it was my job to write the film well and as a director it was my job was to make the film...when to release is something that the production house should have seen," he said.

Vir Das opens up on debuting in an unscripted homegrown comedy special ...

Malaika Arora shares her biggest challenges upon Testing ...
31 minutes ago