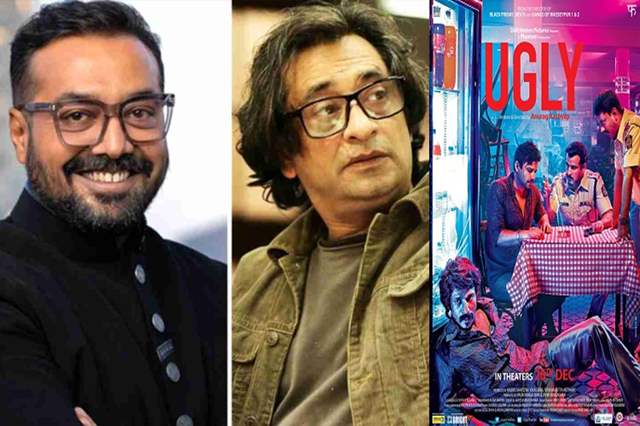 At times, thhere are seldom instances when a film is able to not only send a shiver down the spine of someone but also question your own morality in more ways than we can imagine.

The Anurag Kashyap directed film Ugly was indeed one of them. Exploring the darker side of humans, it actually did that to an extent where the climax, especially, went on to absolutely startle one and all.

Now, after all these years, the film is getting a sequel. According to latest reports, filmmaker Kashyap and Ajay Bahl are teaming up for this sequel and this time Kashyap won't direct it and instead Bahl will.

Talking about it to SpotboyE, Bahl said,  “I actually went to Anurag with script, a thriller which is dark and yet illuminated by a sense of immediacy and relevance. Anurag loved  it. I wish I can tell you more about the story.  All I can say is, it is nothing like anything seen I the genre  of topical thrillers.”

Talking about the idea of turning Ugly into a franchise, Bahl said, “It was he who suggested that we make my screenplay as Ugly 2. While Anurag directed the first Ugly film I will direct the second.” The third Ugly film may be directed by someone else. But the producers will remain the same. “The idea is to turn Ugly into a franchise on the dark areas of life."

He also confirmed that the cast of Ugly 2 may remain the same which also includes actor Rahul Bhat. He concluded saying, “I’m very excited about Ugly 2.I had loved the first film in 2013. I feel my script fits perfectly into the mood created by the first film."

Given how dark and gritty Ugly was, we can be sure Ugly 2 will be even darker and grittier to say the least.