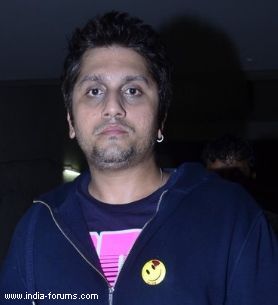 Filmmaker Mohit Suri says his wife Udita Goswami is "musically inclined" and wanted to be a rock star but ended up being an actor.

His cousin Pooja Bhatt had launched Udita in Bollywood with her 2003 film "Paap" and two years later Suri directed the actress in her second film "Zeher".

"Udita wanted to be a rock star but ended up being an actor. She is more musically inclined," said Suri who tied the knot with Udita in 2013 after dating her for about nine years.

"Right now she is doing her music production course. She is already working it out to perform as a DJ," he added.

Suri says that in Udita's family everyone has a passion for music.

"When I go to her place and tell her folks, 'let's play some music' after dinner, everyone gets the guitar and starts playing. They all are super talented. They make their own song and record it.

"And they are into corporate jobs and not connected to the entertainment industry at all. Udita has inherited the same," said the director whose recent offering "Ek Villain" is running successfully in theatres.

"I don't know how to play any instrument," he said.

When it comes to music, Suri too has an ear for it as the songs of his film always turn out to be chartbusters. For instance "Agar tum mil jao" from "Zeher" is still on people's favourite list. In recent times, "Tum hi ho" from "Aashiqui 2" and "Galliyan" from "Ek Villain" wowed music lovers.

"She finds Ayan Mukerji film songs better. She is more commercial than I am. I told Ayan once that my wife is a fan of your music than mine," said Suri.