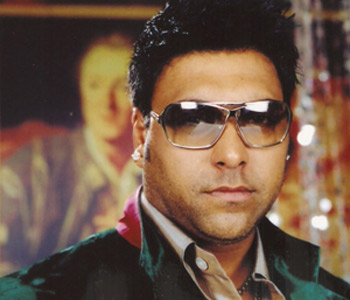 The Creative Team behind the Success of Kyunki Saas Bhi Kabhi Bahu Thi is in upbeat mood, full of enthusiasm and optimism as the serial completes its 7th year running, come this July 3rd. The Audience is in for more Drama as the Heart throb of all, the Dashing and more trimmed-out Ram Kapoor makes an entry into Kyunki this coming week. Knowing Ekta ,she has put her heart, mind and soul in writing out Ram's character in the serial and also on his look and get-up. Ace fashion designer Manish Malhotra gets the credit of designing Ram's totally out-of-the-world robes in Kyunki..


Telly Buzz was right there in the Press Meet organised by Ekta and here we are all set to introduce Ram Kapoor to one and all, as J.R Thakral...

Joining the Gala Evening with Ram Kapoor, Ekta Kapoor, Manish Malhotra and Nivedita Basu is our own reporter Hiral Anju Bhatt. Read on to get an insight on the character and look of Ram... 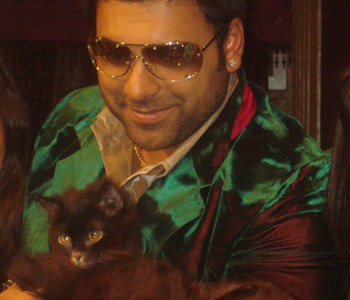 Are we getting restless to know more from the character of Thakral? So here is Ram raising the toast with his comments, "I play the role of J.R.Thakral who is a rich business tycoon. This role is totally different from Jai Walia, infact this is one role that has never been seen before on TV. Thakral is totally obsessed with cats and loves the colour 'Green'... Yes, Green because it signifies Jealousy and cunningness, but he is neither a positive nor a negative character.. His dressing sense is unique, he wears a lot of accessories which indicates that he may be superstitious.. Manish Malhotra has given a new flavour in enhancing the look. I have lost 7 kilos till now to fit the character to the 'T'. I plan to lose more.. " , is what Ram had to say..Well, this is on his look and character!! On asked whether he is doubly happy to work with his wife, Gautami, Ram exclaimed, "I did not choose this role because Gautami is part of Kyunki.I took it up as a challenge as this role is something that is totally different. But yes, the icing on the cake is that, I will be working again with Gautami...She has not yet seen my new look, wonder what her reaction will be.."

Now moving on to get to know more on the character from the Creative Head of the show, Nivedita Basu.. "This character is another result of Ekta's brainwork. She came up with this character nearly 2 months back.Thakral is a guy who is very sharp, but yet biased. He is full and full an obsessed character, will stick to one thing if he likes it. He loves green so much that if he spots a person in green at any party, he will talk to him for hours.. We chose cats as his best friend and prefered cats to dogs, because dogs are more faithful than cats.. This is exactly what Thakral is , as he is very sly when it comes to his family... " 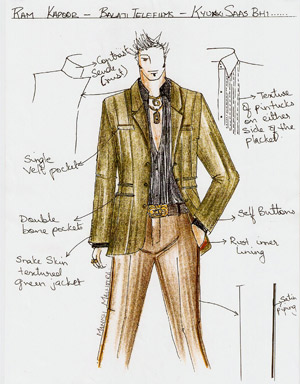 Now to the man who made it all happen, Manish Malhotra... Manish Malhota gave Jhanki Devi of Kahaani Ghar Ghar Ki tailor-made sarees for her character, that made her the Darling of Masses. Now it is this same man who is behind the New Look of Thakral.. Starting from Ram's changed hairstyle to his snake-skin textured green jacket, Manish has made it all happen!! Manish had this to say when he was asked to talk about his new creation, "I previously designed Sakshi's sarees for Kahaani, now it is Ram Kapoor. In Sakshi's case, i custom-made sarees for her and matched up her dressing with accessories. The same is with Ram now. I have made few outfits for him, once Balaji is used to the make-up and hair style, then things will be on a roll.. Ram is working a lot on his weight. He has already shed a lot, so he should look great!!!" 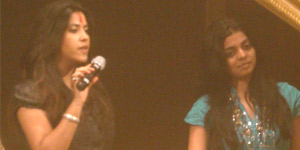 Last but not the least, this is what the Queen of Television and Soaps, Ekta Kapoor had to say, "Ram will surely increase TRP of Kyunki. Now we are garnering a TRP of 7 and round about, but i am sure that the TRP will zoom upto 8 and more with Ram in it.. A character like his, has never been shown on television.Its a very Hollywood type of character, which you will come across in a kid book. On July 3rd, Kyunki completes 7 years and i think at this point, we can experiment with the entry of more characters as this show is already well established..Till now, Kyunki attracted the very middle class crowd, but with Ram's entry, it will attract people from all walks of life, especially children.. " 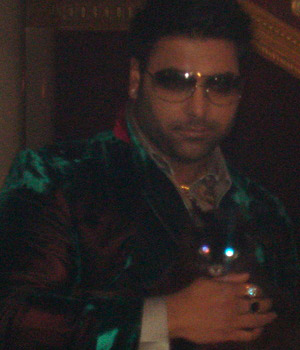 When quizzed about who Thakral is, Ekta had to say, "Thakral is a person who never does trust his family. He is a guy who would rather sit at home and put on his air conditioner rather than going on an exotic vacation..He has a different kind of madness to his character, something not seen. He is a person who can be medically termed to be suffering from 'Obsessive Compulsion Disorder'.Thakral has a family of his own, has a son who does not live with him. His entry will show the new twist , we will see how he manages to come into the lives of the Viranis.."

So this is Mr. J.R.Thakral for you fans, get ready to watch your favourite star, Ram Kapoor essay a never-seen character, in your very favourite serial Kyunki Saas Bhi Kabhi Bahu Thi.. 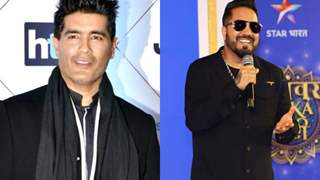 15 years ago thanks...but kyunki has lots of tracks in present which we want to see like that of karan-nandani,bhumi-joydeep etc n many more...y again a new track? there r too much confusions in the serial...too many tracks running together.....

i can't wait for him to come on Kunyki with his new avatar!!

15 years ago hey he is keeping bear fo his character that looks very bad as jai walia.I am not a bit happy with his entry in kyunkii.Ekta is mad.

15 years ago Thanks, this is all very well but when is Smriti coming back. Ram is great but all these extra additions cannot sway us from forgetting her.

+ 4
15 years ago Wondering how will she put Thakral in the main frame..Ser Ekta can do anything and we as an audience accept it also :(

15 years ago rams entry is going to kill our brain becuse our brains are going to eat some more of kyunki's crap.

+ 6
15 years ago Do'nt know abt the TRP's but i'm surely shooting up.
Y this ekta gets ppl who ulitimately break somebody's home. & by this characterisation, i'm sure this fellow do will do the same.
God Bless Virani family!!!!!

15 years ago I stopped watching kyunki when 'Manthan' just disappeared. So, I'm not watching it again for any other husband-wife entry....
as much I love cats, I hate to see them in evil hands :(

taii 15 years ago what you guys are trying to do with kyunki, its getting a headache