Spoiler Alert: Please note that the article may state scenes and endings of several movies.
When we think of Bollywood movies, dance, music, action, romance and several other emotions come to the forefront of our minds. However, one particular emotion, one that emerges when you think of someone or something that has done you wrong, sticks out quite prominently: anger. Today, BollyCurry brings to you our top five scenes from Hindi movies from the past three years portraying specific yet widely varying emotion.
A Father's Anger: Dabangg 2 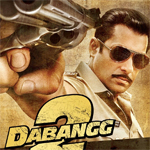 In Dabangg 2, Chulbul Pandey (Salman Khan) returns as the audacious cop who immensely loves his wife, Rajjo (Sonakshi Sinha). The couple are expecting their first child and Chulbul Pandey is on cloud nine. However, the happiness is short lived as Thakur Bachcha Singh (Prakash Raj) pushes Rajjo from the temple stairs to avenge the death of his brother. Consequently, Rajjo suffers from a miscarriage and the couple lose their first child. This results in a furious Chulbul Pandey entering Bachcha's location and killing him, venting his anger and agony over the misfortune that had befallen on his family.

As usual, look out for the moment when Khan loses his shirt and flexes his muscles as he pummels some twenty-something goons to the ground before killing Bachcha.
A Husband's Anger: Ek Villain 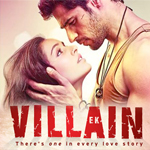 In the recent thriller Ek Villain (2014), the audience gets to witness a thrilling and super-exciting story where an unsuccessful man, Rakesh Mahadkar (Riteish Deshmukh) - who vents his frustration by murdering women who speak rudely to him - kills Ayesha (Shraddha Kapoor), Guru's (Sidharth Malhotra) wife and his reason to smile. When Guru learns of his wife's murder, he confronts Rakesh and beats him brutally for ending the innocent life of his wife. However, Guru doesn't just stop there. He saves Rakesh, lets him recoup and then beats him brutally again.

What makes these scenes extra special are not the beatings, but rather the expressions of the actors; Siddharth portrays the pain, anguish and anger over losing his wife, while Riteish portrays the common man with psychotic tendencies.
A Wife's Anger: Kahaani 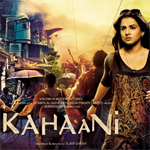 Next on the list we have the mysterious thriller Kahaani (2012), starring Vidya Balan as Vidya Bagchi, a pregnant woman who is in search of her husband. At the end of the film, Vidya stands admist a Durga Pooja to confront her husband's look-alike who actually killed her husband, Arup. When the terrorist kicks her in the pregnant stomach, she reveals her fake belly, attacks the terrorist injuring her and then as he tries to get away, she shoots him several times, killing him and finally releasing her agony.

Vidya doesn't say much in this scene, but she doesn't need to as her expressions, body language and Indraneil Sengupta's expressions say it all.
A Friend's Anger: Student of the Year 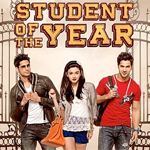 Just as the rom-com Student of the Year (2012) is about to wrap up, the long awaited reunion of once best buddies takes place. Abhimanyu (Sidharth Malhotra) and Rohan (Varun Dhawan) meet again and rehash an argument over a race that happened ten years ago. This leads to verbal sparring, an expected fight and finally culminates in another race, the race that will eliminate their previous jarring experience. However, in finally letting off some heavily pent up steam, the two reminisce in old memories and become friends again.

The anger in this scene was not due to enmity as the above three scenes were, but rather because of a misunderstanding that is cleared through expressing their anger.
A Teacher's Anger: AnyBody Can Dance 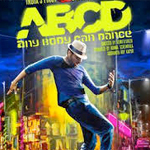 In 2013's dance film ABCD - Any Body Can Dance, Vishnu (Prabhu Deva) notices an improvement in his students as they slowly build team rapport and therefore gives them money to buy new speakers. However, instead of buying speakers, they nearly lose the fortune to "Fictitious Crew" after a challenge is thrown by Riya (Lauren Gottileb). All ends well when Vishnu arrives in time and wins the money back at the last minute. While the students are happy and gain respect for Vishnu, on the contrary, Vishnu is angry at them after beating the team in the club itself.

This scene stands out because while it represents a new beginning, it also represents how quickly a new beginning could end because of a mistake.
Anger may be expressed in many varying forms and may mean different things to different people, but it's language is universal. It initially may not have a positive effect but there are many lessons to be learnt, as our above examples have proven. While we contemplate how to best reign in our disappointment, why not let us know about your favourite anger scenes from Hindi films in the comment box below?
Writer: Alina S.
Editor(s): Shreya S. and Jenifer Y.
Graphics: Gurprit K.
Have a suggestion or comment for BollyCurry? Then drop us a PM at BC_Dropbox today!