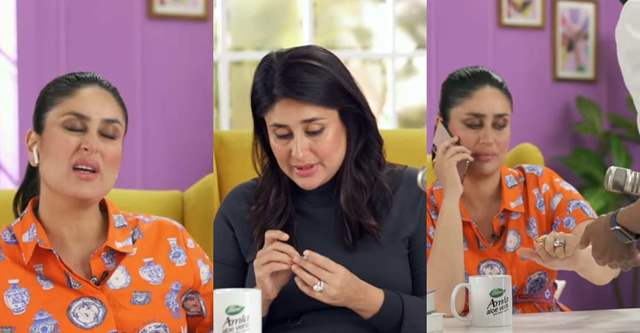 Kareena Kapoor Khan is unstoppable and has always tried and even emerged successful in breaking the stereotypes of the society. The actress is currently expecting her second baby with husband Saif Ali Khan and just like her first pregnancy, wherein she worked till the end of her last trimester, even this time she is shooting non-stop and completing her work commitments despite being in her third trimester.

Now, a behind-the-scenes video of Kareena from the sets of her show, 'What Women Want' is going viral on social media. In the video, various moments BTS moments from the shooting have been captured and compiled to give a glimpse to the audience of how Bebo has been shooting in her pregnancy and what goes behind the scenes when the cameras are not rolling.

The video showcases some of the stressful moments when Kareena gets tired of shooting, how she is coping up and adjusting to the new norms of interacting with her guests through the zoom calls, how her pregnancy is tiring this time compared to her first pregnancy and a lot more.