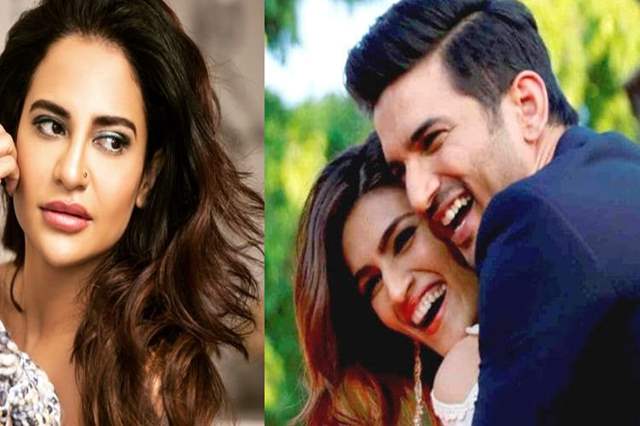 The Sushant Singh Rajput case contineus to unfold one major development after the other and even though there have been several things to look at, if there is one thing that has also been the highlight of things - then that has to be his dating history. Even though Rhea Chakraborty has been at the forefront of it, one other name that was always a part of this converstation a couple of years ago, it was Kriti Sanon.

Rajput and Sanon were constantly rumored to be dating but they neither accepted it nor denied it back then.

However, actor Lizaa Malik has claimed that Rajput and Sannon might have denied dating each other, but they were very much in a relationship and looked happy together. Malik had a professional relationship with Rajput, and she said that she saw him happy in his relationshwip with Sanon at a birthday party. "The last time I met Sushant was some two and a half years back when he was with Kriti. It was during Kriti's birthday celebrations in a Bandra club. He was always a very charming, full-of-life guy, who would walk into a party and get a smile on people's face. We had a lot of common friends, like Mahesh Shetty," Lizaa told IANS.

"He was a fun loving guy, who had his sense of humour in the right place, always joking and keeping the energy level up," she added.

Asked why she felt that Rajput and Sanon seemed like a couple, Malik replied, "When it is a public gathering and a birthday party, the host is always busy. So, Kriti was busy attending guests as it was a big party. I saw Sushant all charged up, dancing, getting a drink at the bar and socialising. They looked pretty happy and they were trying to be good hosts. Even if you're not going out loud, telling the world that 'oh, we are dating', one can see the spark."

The actress continued: "If somebody was playing the host with the actual host, there has to be something. We all knew that they were seeing each other, as much as they kept denying it."

TinTuna 1 months ago Yes after Sara now bring Kriti!! How’s that even relevant to the case. Sushant never opened up about his relationship with Kriti or Sara why are these people so bothered about it now? Don’t you have a life?