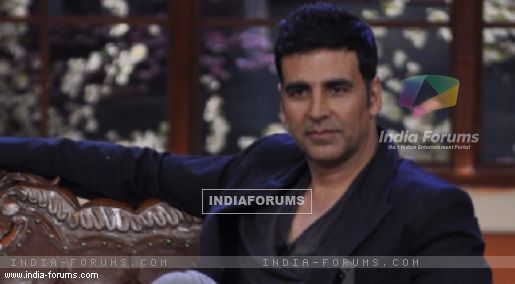 Unlike most contemporaries, Akshay Kumar keeps a low profile personally. But his popularity with movie buffs and the youth exceeds that of many Bollywood stars. We aren't saying this, Twitter is! Akshay is the Only Bollywood star to rank amongst the top 50 most popular celebrities on Twitter! The list has been published in the prestigious 'TIME" magazine.  This list- topped by global icon Leonardo Di Caprio, and inclusive of universally popular personalities like Paulo Coelho, Kevin Spacey and Stephen Fry, includes Akshay in number 25. The only other Indian to feature on this list is music maestro A.R. Rahman.  On Twitter, Akshay goes beyond just self- promotion and publicity of his films. He has been actively promoting sportsmen, health and fitness and self defence training on a regular basis. Committed to good health and simple living, Akshay also practices what he preaches. As for his personal life, he keeps that off limits. Looks like, worldwide, people prefer the genuine Akshay Kumar persona to a lot of marketed and strategized twitter personas of other Bollywood stars.  Being the 25th most popular celebrity on Twitter once again validates that Akshay Kumar is one of India's most loved personalities with impressiveamounts of global appeal.