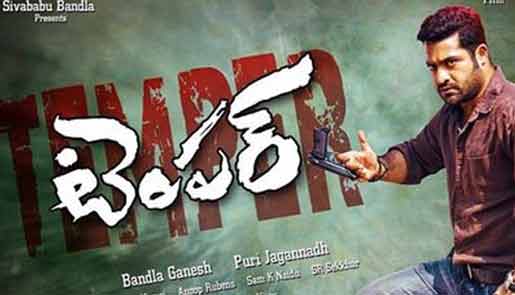 Jr. NTR-starrer Telugu action-drama "Temper", which is directed by Puri Jagannadh, has collected a whopping Rs. 40 crore in its first week worldwide.

"The film is turning out to be a blockbuster. In its first week, it has grossed Rs. 40 crore approximately worldwide," trade analyst Trinath told IANS.

Also starring Kajal Aggarwal, "Temper" is the story of a corrupt and cunning policeman who gets transformed over an incident.

Although panned as regular commercial outing from Puri Jagannadh, the film received raving response for NTR's performance from fans and critics alike.

According to trade analyst Taran Adarsh, the film has performed extremely well in US.