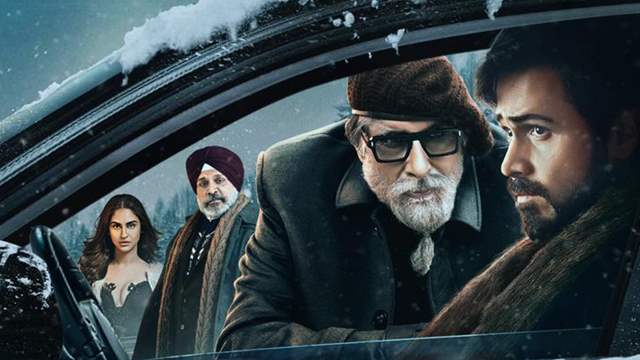 After creating a massive buzz and exciting the fans with the first look poster, the makers have dropped the date of the teaser release.

The teaser of Anand Pandit’s mystery thriller Chehre starring Amitabh Bachchan and Emraan Hashmi will be out on 11th March!!

After the initial enthusiasm, the excitement is palpable as “Chehre” will be the first film of Mr. Bachchan to release this year.

The theatre doors have finally opened and the audience is delighted to see their favourite stars walking their way back to the big screen.

The film is produced by Anand Pandit Motion Pictures & Saraswati Entertainment Private Limited and directed by Rumy Jafry. The film is set to release on 30th April.

Rhea still a part of Chehre; Her ‘role has not been chopped off’: ...