View Profile
Heard of that black cat crossing the path, spilling of milk, breaking of mirror. Hope you got it that these are all ‘superstitious’ terms. In today’s modern world it is believed that superstitions have no place as people are educated and evidence oriented. But, what if a superstar like Akshay Kumar 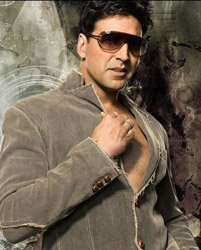 Featured Video
whom youth see as an ‘icon’ presents his superstitious side before the world?


‘Jumbo’ for which Akshay has been promoting in full swing, is all set to release on 25th  December but at that time the actor will be performing at a show in Hong Kong. Accompanying him will be Bollywood beauties Bipasha Basu, Priyanka Chopra, Ameesha Patel, Aarti Chabria and Riya Sen.


Surprising fact is Akki was all there on the movie posters despite of the fact that he has only dubbed for the title role and now when the movie is releasing he will not be here.  When ‘Singhh is Kinng’ got released and he went to Monte Carlo with his family sounds fine because he was the lead. But, ‘Jumbo’ only has his voice-over so was that required.


Wondering if Akki has started thinking of himself as ‘Jumbo’ after dubbing for it.