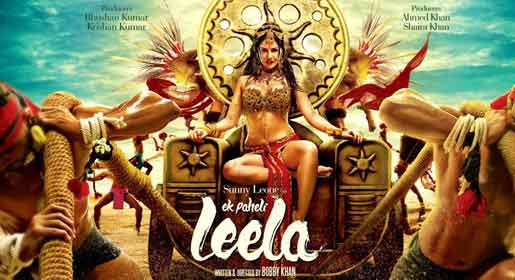 Filmmaker Bobby Khan, who has roped in adult film star-turned-Bollywood actress Sunny Leone in his film "Ek Paheli Leela", says she will get into mainstream cinema with this film.

"Sunny will get into mainstream with this film. This will change her. There are many looks of Sunny in this film, but performance-wise she has done a great job. Her brain is very sharp as she grabs things quickly," Khan told IANS.

With many actors refusing to work with Sunny in this film, the producers were once also toying with the idea of replacing Sunny. But Khan says he was adamant about casting Sunny.

"Many actors refused to work in this film, so there was a pressure. People started saying 'Let's remove Sunny and have a leading actress'. But I said I will not make Leela without Sunny. I feel so proud that we made Leela with Sunny."

Largely shot in Jodhpur, the film is slated to hit theatres April 10.