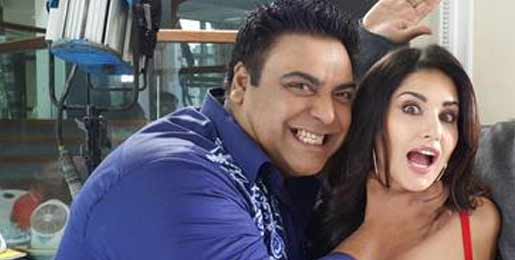 Close on the heels of the release of comedy caper "Kuch Kuch Locha Hai", actress Sunny Leone performed live during a promotional event here along with singer Shraddha Pandit. She says having such a connect with audiences is important for actors.

Sunny, who was also joined by actor Ram Kapoor, debutant Navdeep Chhabra and director Devang Dholakia for the event, had an interactive session with the fans and was also seen giving autographs and clicking photographs with them.

"I really feel it is increasingly important to connect with your audience at one-on-one level. It was a great idea to have a promotional activity," Sunny, who performed on tracks like "Paani wala dance" and "Daaru peeke dance", said in a statement.

She also found the experience satisfying.

"Mumbai is a city where everybody is busy running around, so when you have people stop by to take notice it's hugely rewarding," she added.

Talking about the event, Dholakia said: "Our music and promos have already connected with the audience and we thought that there was no better way than starting our on ground promotions than to connect with the audiences one-on-one."

"Kuch Kuch Locha Hai" will feature Ram as a 45-year-old married man, Pravin Patel, who witnesses a "locha" (turmoil) in his life after he gets a chance to meet Bollywood star Shanaya (Sunny), whom he always fantasised about.

"We really had a blast shooting for this film. I think people would get to see that energy in every frame. Personally for me, this film has been a whole new adventure and I wanted to take this challenge up, head on," Ram said.

The film, which also stars actress Evelyn Sharma, is set to release on May 8.