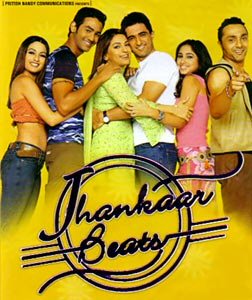 Sujoy Ghosh, who started his career with the hit film "Jhankaar Beats" in 2003, now plans to make a sequel to the musical. He says he has a story in place and will make it with the same cast.

"We wanted to make a sequel from quite some time. But now I have a story, which I would be comfortable turning into a sequel. I think 'Jhankaar Beats' was made 10 years back and in past 10 years I have gained some experience. I have seen enough life and now I can share it with you all," Ghosh told IANS.

"I am ready with the story. Once I am done with 'Kahaani', I will focus on the sequel of 'Jhankaar Beats'," added the director who is busy promoting Vidya Balan starrer "Kahaani", which is coming out March 9.

Ghosh plans to repeat the same cast for the sequel.

"It has to be the same star cast for the sequel. However, for the sequel I want to stick to more of life and less music. You can't escape life," he said.

In the original, the focus was on music as it was a tribute to legendary composer Rahul Dev Burman.