New Delhi, April 9 (IANS) Sufi music is generally associated with north India, but three Dargah singers from the south have brought with them a different brand of Sufi singing, not commonly heard - a mix of Tamil, Urdu and Arabic.

The trio have lent their voice to an album 'Nagore Sessions' produced by the label EarthSync and bring alive Sufi music in Tamil and Arabic.

'Sufi saints travelled worldwide. In India, their presence was predominant in the northern region. But the Sufi movement also spread to south India and one of the most important Sufi shrines in India after Ajmer Sharif is the one at Nagore. The singers there have their own brand of Sufi singing. They have a completely different style of putting it across,' Sonya Mazumdar, CEO of EarthSync, told IANS.

'When we first came across these singers, they were singing in the dargah and our project is about giving such artistes platforms, taking them and exposing the world to their kind of music.'

'We are really excited and happy that we got to travel to various places and perform songs that are a mixture of Tamil, Urdu and Arabic,' said Ajah Maideen, who was in the capital to participate in the Bhakti Utsav, a festival of religious hymns.

'Our compositions and our brand of Sufi is different from other Sufi singers. The feeling is the same, but the style is very different,' he added.

Apart from India, the three singers have performed in different cities in Israel and Australia and say that 'language can't be a barrier when it comes to music'.

All three are well versed in Tamil, Urdu and Arabic.

'Wherever we have travelled and performed, people have loved our music and enjoyed it to the hilt. I feel language doesn't pose a hindrance when it comes to music,' said Abdul Ghani.

'Sufi music is something that is sung from the core of the heart. We are not trained in this form. But this is what comes naturally to us and I think that's what clicks with listeners,' he added.

Asked about Sufi music in Hindi films, Ghani said: 'We don't feel that the Sufi music used in films is the real form of the genre. They don't use frame drum along with the vocals which is an essential instrument to create Sufi music.'

The three are married and have a family to support and they used to perform at marriages and other festive occasions to make ends meet apart from singing at the dargah.

But they say the situation has improved after the album.

'After the album, I won't say there is a drastic change in our earnings, but yes there has been a difference and we are happy. The situation is better,' said Ghani.

'Earlier people in our state did not know about us, but with this album and these shows people have started recognising us. We are famous now.' 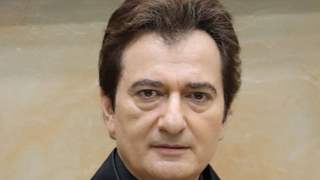 “I have changed my body language, attire & attitude to get into the ... 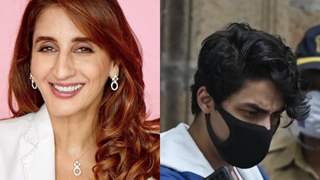