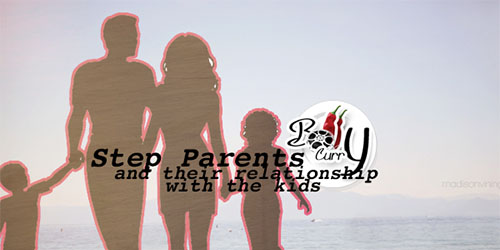 The world is changing, and along with it so is the perception of family. Families these days don't just include a mother, father, grandparents and siblings, but also step-mothers, step-fathers, step-siblings and whole new set of relationships that come with them. To appreciate the beauty of such relations, National Step Family Day is celebrated on the 16th of September. Keeping with the theme, BollyCurry brings to you some of the popular step-parents in Bollywood and their relationships with their step-children.
Helen and her step sons Salman, Sohail and Arbaaz Khan 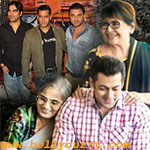 Yesteryear actor/dancer Helen became step mother to Salman Khan and his brothers Arbaaz and Sohail when she married their father, popular screenwriter Salim Khan. It is no secret that Helen and her step children love and respect each other immensely. Recently, Salman even organized a stage show as a tribute to Helen and performed on her numbers with the leading ladies of Bollywood. Similarly, Sohail and Arbaaz too, love and adore Helen, who no doubt loves her step sons just as much.
Supriya Pathak-Kapoor and her step son Shahid Kapoor 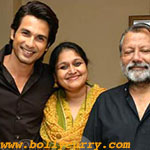 Another fine example of a fond relation shared between a step mother and step son can be seen between the heartthrob Shahid Kapoor and his step mother Supriya Pathak-Kapoor. Popular theater artist and Bollywood actress Supriya is the second wife of veteran actor Pankaj Kapoor, who was first married to yesteryear actress Neelima Azim. Shahid and Supriya share a very beautiful bond and this was seen during the 59th Filmfare Awards, when Shahid came on the stage and hugged Supriya after she won the prestigious Filmfare Award of Supporting Actress for her fine acting skills in Goliyon Ki Rasleela - Ram Leela (2013). Shahid also shares a warm relationship with his half siblings from both, his mother's and father's second marriage.
Kareena Kapoor-Khan and her step children Sara and Ibrahim Ali Khan 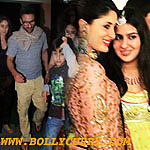 Who said that a step mother and step daughter need to behave like a real mother and daughter? The Begum of Bollywood, Kareena Kapoor-Khan, has proven that a step mother can also be a friend to her step daughter! Kareena married Saif Ali Khan in 2012 and became step mother to his children from his first marriage with yesteryear actress Amrita Singh. Sara and Ibrahim share a warm bond with their step mother, and their respect for her was visible when Ibrahim held the rings and Sara held the garlands during Nawab Saab and Bebo's wedding. Kareena has often spoken with great warmth about Sara since the two of them are known to be great friends who often call each other and meet up for drinks to catch up.
Shabana Azmi and her step children Farhan and Zoya Akhtar 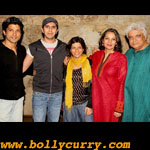 Shabana Azmi's relation with her step children, Farhan Akhtar and Zoya Akhtar, is another example of a loving relationship shared between a step mother and her step children. Married to ace lyricist-writer, and father to Farhan and Zoya, Javed Akhtar, Shabana has no children of her own and showers all her love on her step children. Shabana has bonded well with the family, including with Javed's first wife, Honey Irani, and the family is known to share a warm and loving relationship with one another.
Soni Razdan and her step daughter Pooja Bhatt 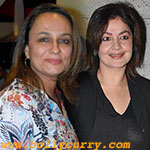 Soni Razdan shares a warm relationship with her husband Mahesh Bhatt's first born Pooja Bhatt. The two women are also planning to work together with Soni taking up the director's mantle and Pooja producing her step mother's directorial venture, Love Affair. Pooja also supports her half sisters Shaheen and Alia, and is known to be very protective of Alia Bhatt. Alia too, has gone on record to talk about the respect and admiration she shares for her older sister, Pooja.
Sridevi and her step son Arjun Kapoor 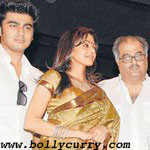 Unlike the previous relationships explored in this article, Arjun Kapoor and doesn't share a very loving relationship with his step mother, Sridevi Kapoor. He has gone on record, however, to talk about how he respects her for being his father's wife, and is very happy that his father, Boney Kapoor, is in a happy space with Sridevi and their two daughters, Jhanvi and Khushi.
Along with the ones mentioned above, there are various other examples of loving step parents and step children in Bollywood which serve to prove to the world that the traditional type of family is not the only type of family. Familial ties are much stronger than blood ties; all one needs is an open-minded attitude towards the new family and respect in the heart. With this, we at BollyCurry wish all our readers a very happy National Step Family Day. Let us use this day to overcome the challenge of stepfamilies and live like a happy family instead!

Writer: Kalpana K.C.
Editors: Ritchelle C. and Sonia R.
Graphics: Komal P.
Have a suggestion or comment for BollyCurry? Drop us a PM at BC_Dropbox Today!