View Profile
Shah Rukh Khan and Kajol make the best on-screen pair in Bollywood. They know each other since long now and the two share a great rapport with each other, which can be seen on-screen too! 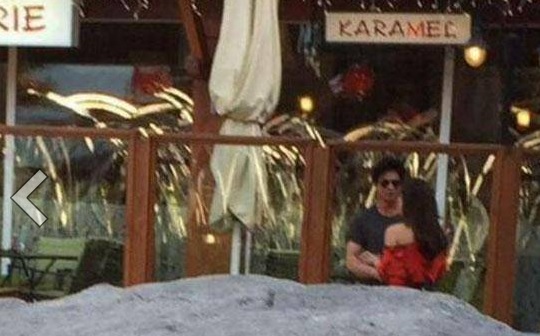 Currently SRK and Kajol are shooting for Rohit Shetty's Dilwale in Bulgaria. In one of the pictures leaked on the internet, Kajol is seen wearing a red dress while SRK seems to have brought some flowers for her! It seems they are shooting for a romantic song for the film.

5 years ago World's best Romantic couple rocking in most awaited movie of the year #Dilwale.

5 years ago Is there anyone in this world who hates this AMAZING couple, obviously not. Can't wait

+ 2
5 years ago They r looking so younger in this movie...can't wait for the movie