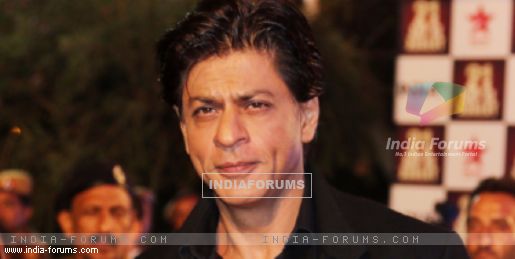 Bollywood superstar Shah Rukh Khan devised a unique 'shirtless' way to thank his fans and followers after he amassed a massive following of 13 million fans on Twitter. SRK thanked his followers for making the virtual platform "colourful" for him.

The 49-year-old posted a video tweet to share his views. In the clip, he appears shirtless, is seen with a stubble, and dons shades -- all adding to the charm of Bollywood's 'King of Romance'.

The cine icon, who strives to stay connected with his fans and update them about his personal and professional life, also took the opportunity to share a message -- respect women.

"A home is made of all different sorts in a family, we discuss with each other, contradict each other even fight with each other but do not abuse woman, mother, sisters and daughters just because they are not yours... Thank you 13 million for making this very colourfiul home with me and yes I am wearing glares but I am not wearing a shirt," he said in the 29-second video.

On the social media platform, the actor shares tidbits about his work, his family, his Indian Premier League franchise Kolkata Knight Riders and especially his youngest son AbRam.

The actor, who was last seen in "Happy New Year", is presently busy with Maneesh Sharma's "Fan" and Rahul Dholakia's "Raees".